'A team of experts will arrive from Bhubaneswar to take stock of the situation,' Sundargarh Collector B S Punia said. 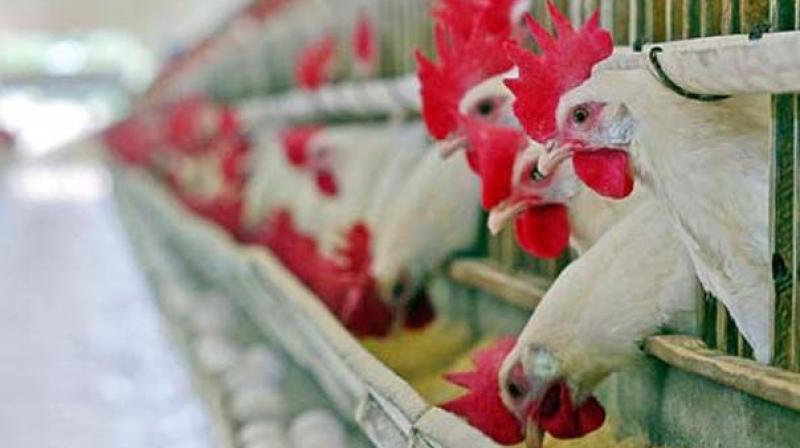 As a precautonary measure, the administration has shut down Indira Gandhi Park, a major tourist destination in the city, for an indefinite period. (Representational image)

Rourkela: A high alert has been sounded hereafter bird flu was reported at Keranga village in Khurda district of Odisha.

"Following reports about H5N1 avian flu influenza, we are on high alert and are keeping a close watch on the development round the clock," Sundargarh Collector B S Punia said.

"A team of experts will arrive from Bhubaneswar to take stock of the situation," he said.

As a precautonary measure, the administration has shut down Indira Gandhi Park, a major tourist destination in the city, for an indefinite period.

The decision was taken in view of the report about the presence of H5N1 virus received from National Institute of High Security Animal Disease Laboratory (NIHSAD) in Bhopal, Punia.

Sub-Divisional Medical Officer Pushpa Mishra advised people to use masks and report about any death of birds and also anyone feeling uneasy.

In the last one week, dead crows were found in the local Central Industrial Security Force colony.

Subsequently, three pelicans, two white ibis and one duck were found dead in quick succession after which samples were sent to the Bhopal laboratory.

The Odisha government had on December 28 formally launched culling of chicken suspected to be affected by H5N1 virus at Keranga village under Khurda district.

The villagers also came forward to support the culling operation after they were made aware on the impact of the bird flu which may also affect human beings, according to Fisheries and Animal Resources Secretary B P Sethi.