The Prime Minister is accompanied by Army Chief General Bipin Rawat who was camping in the Gurez sector since Wednesday. 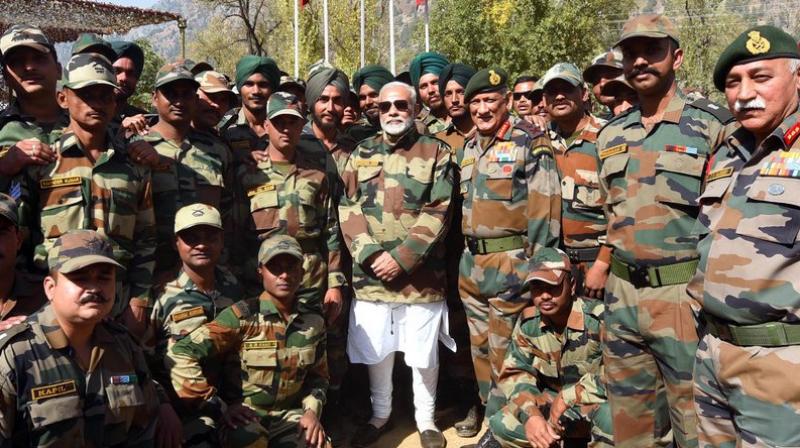 Kashmir: Like every year, Prime Minister Narendra Modi is spending his Diwali with soldiers. This year, Modi has reached the Gurez Sector valley along Line of Control (LoC) in Jammu and Kashmir to celebrate Diwali with the troops posted in the forward area.

Addressing the soldiers, Modi said the Union Govt is committed to the welfare and betterment of Armed Forces, in every way possible. He also mentioned the implementation of One Rank One Pension (OROP).

Modi, who spent nearly two hours with them, said he considered the soldiers as his 'family.'

"Spending time with our forces gives me new energy. We exchanged sweets and interacted. Happy to know the jawans practice yoga regularly," he tweeted.

The Prime Minister is accompanied by Army Chief General Bipin Rawat who was camping in the Gurez sector since Wednesday.

Gurez sector is the gateway of Gilgit-Baltistan area.

Modi has been celebrating Diwali with security forces every year after he took over as the prime minister of the country.

In 2014, the Prime Minister celebrated Diwali with security forces at Siachen. 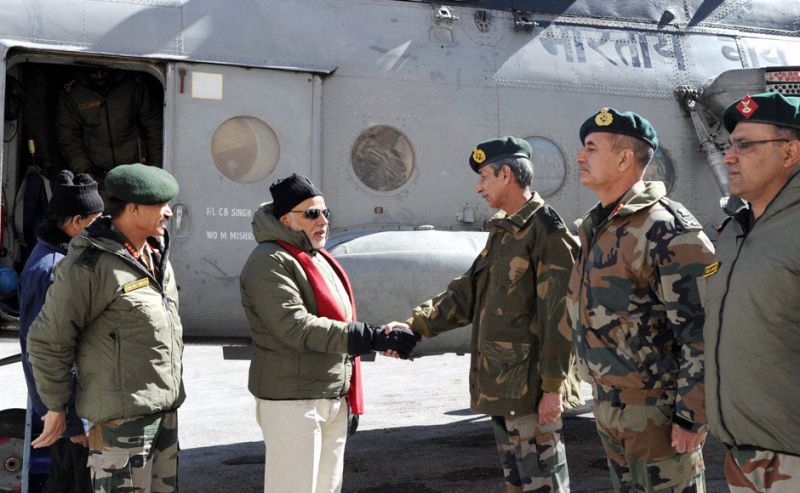 In 2015, Modi celebrated Diwali with jawans in Amritsar at Dogra war memorial. 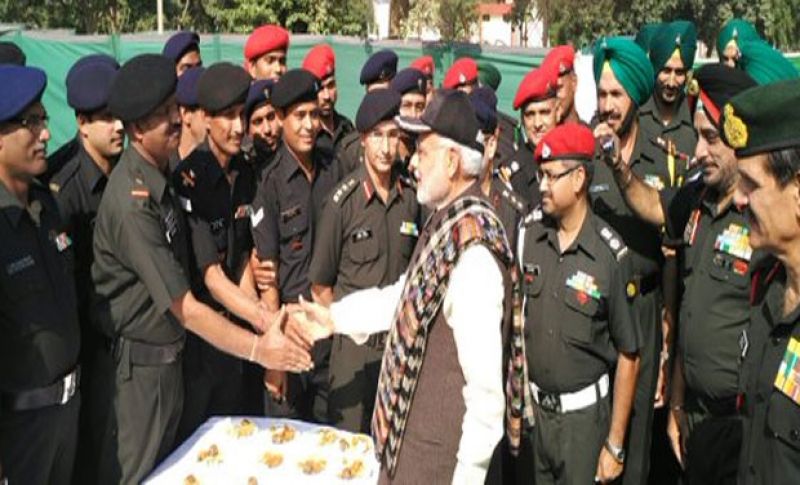 In 2016, the Prime Minister celebrated Diwali with ITBP jawans in Himachal Pradesh. He had also spent time with forces along the Punjab border and on the Siachen Glacier. 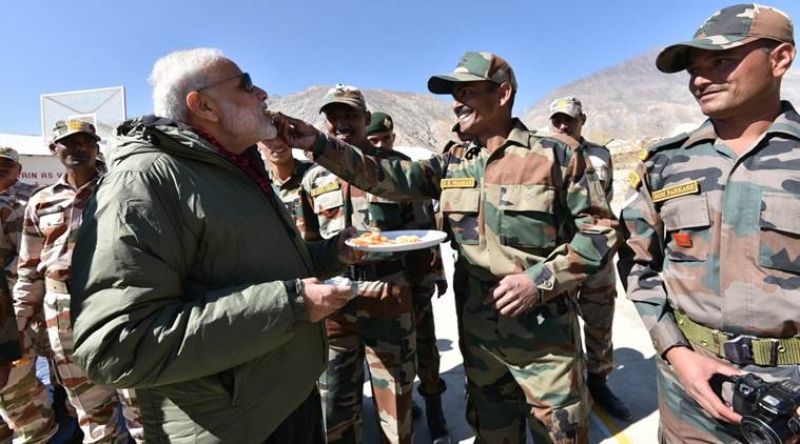 Narendra Modi also took to Twitter to greet the nation on the auspicious occasion of Diwali.