Can Cauvery really save Bengaluru?

The Bangalore North taluk is more or less a level plateau and lies between 839 to 962 meters above mean sea level. 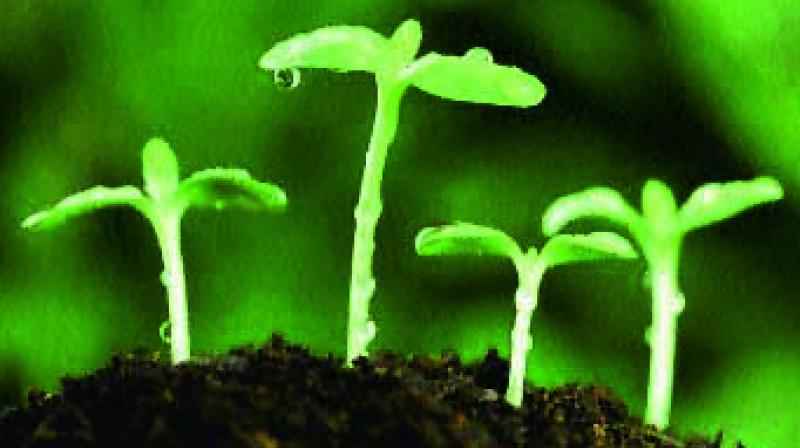 Bangalore district is situated in the heart of the South-Deccan plateau in peninsular India to the South-Eastern corner of Karnataka state between at an average elevation of about 900 meters covering an area of about 2,191 sq.kms (rural and urban districts). Bangalore is the sixth largest metropolis in the country and a nerve center for various cultural, social, religious & economic activities, contributing to the overall growth of the city with a population of more than 10 million.

Landscape: The Bangalore North taluk is more or less a level plateau and lies between 839 to 962 meters above mean sea level. In the middle of the taluk there is a prominent ridge running NNE-SSW. The highest point (Doddabettahalli 962m) is on this ridge. The gentle slopes and valleys on either side of this ridge hold better prospects of ground water utilization. The low-lying area is marked by a series of tanks varying in size from a small pond to those of considerable extent, but all very shallow.

Bangalore South Taluk represents an uneven landscape with intermingling of hills and valleys with bare rocky outcrops of granites & gneisses raising 30-70 meters above ground level are common in the southern portion. The highest point is 908m above mean sea level and the lowest at 720 meters above the mean sea level. Southern and Western portions present a rugged topography composed of Granitic and Gneissic masses. The eastern portions of the Taluk form an almost featureless plain with minor undulations.

Water Resources: Bangalore district supports more than 700 tanks which once served various needs such as irrigation, floriculture, farming, drinking and other domestic consumption in various capacities.  Most of these tanks were seasonal and contained water for more than eight months a year.  Bangalore North supports about 100 tanks irrigating about 2,102 ha of land. These are mostly seasonal and carry water for about six - eight months in a year. The biggest tank in the Taluk is Hesaraghatta with a catchment area of 490 sq.kms. Bangalore South taluk had about 175 tanks irrigating about 4,450 ha of land. The major tanks include those of Bellandur and Varthur with a catchment area of 3.5 and 1.8 sq.km respectively. The taluk includes parts of Chamarajaendra reservoir and Hoskote tanks.  The total surface water potential created by these tanks is about 12,541 hectares accounting to about 54 percent of the total water resources of the district.

Current status: At 6 - 8 percent population growth rate of Bangalore over the past 50 years, the population of Bangalore living in the 820 km2 area of the present BBMP will increase 14 million by 2020. With Hessarghatta and TG Halli water reserves drying up, the only reliable water supply to Bangalore is from Cauvery. There are about 4.0 lakh borewells in Bangalore, drawing more than 400 MLD water. The withdrawal of underground water is 7 times more than the recharge from the city's annual rainfall 900 mm. This is the reason borewells have gone deeper, up to 1,300 feet and many becoming totally dry. Moreover, the lakes of Bangalore have all become sewage tanks. The sewage contaminates the ground water and percolates into the borewells.

Though the Supreme Court on Feb.16th 2018 gave a verdict in favour of Karnataka and with an additional 4.5 tmc ft water to Bangalore, there is no way of increasing the withdrawal from Cauvery as the Cauvery basin and its catchment region in Kodagu district & its surrounding has been affected. The overall catchment area of the Cauvery has reduced by 37 per cent.

It is alarming to even quote that about 50 per cent of the water supplied by the BWSSB is non-revenue water or unaccounted-for water (UfW), of which an estimated 35 per cent is simply leakage from supply pipes. In addition to the freshwater loss, BWSSB also spends about 350 crores just to pump water from Cauvery basin to Bangalore. The loss of energy has never been considered and accounted for.

Ecoistic
Few Suggestions:
(if Bangalore has to survive on its own in future…)
Reducing leakages in household connections
Removal of encroachment and maintenance of network of storm water drains and Raja kaluves
Rejuvenation of lakes and water-bodies
Segregating of sewage from storm water drains
l Appropriate functioning of STPs and ETPs
Rainwater harvesting & groundwater recharge to be made mandatory before onset of Monsoon
Increase in green-cover / tree-parks