The post of speaker has been vacant after Pramod Sawant became Goa Chief Minister following the death of Manohar Parrikar. 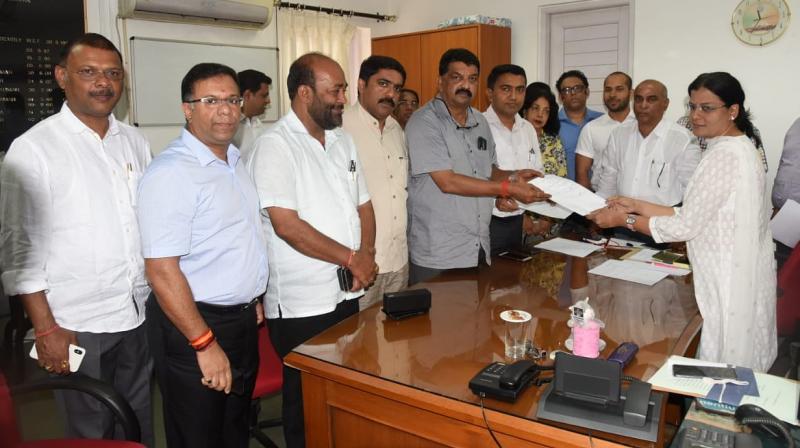 Patnekar is MLA from Bicholim in North Goa and filed his nomination for the post of speaker. Congress has pitted Pratapsinh Rane against him. (Photo: Twitter I @bjp4goa )

Panaji: BJP MLA Rajesh Patnekar Monday filed his nominations for the post of Speaker in the Goa Assembly.

The Congress has pitted Pratapsinh Rane against him, elections to which will be held Tuesday during a day-long session called by Governor Mridula Sinha.

The post of speaker has been vacant after Pramod Sawant became Goa Chief Minister in March this year following the death of Manohar Parrikar on March 17.

Patnekar is MLA from Bicholim in North Goa.

The BJP had to nominate Patnekar after MLA Michael Lobo, who is officiating as a speaker, refused to take up the post on a full-time basis claiming it would curb his freedom to take up issues concerning public interest.

"We are confident of winning as we. along without allies, have 23 MLAs," Sawant told reporters.

The Congress has 15 MLAs in the 40-member House.

Leader of Opposition Chandrakant Kavlekar said, "Considering his past experience as a speaker and his impeccable track record as MLA, Rane is the most suitable candidate for the post. We will appeal to all the MLAs, including those from ruling side, to vote for him."