Dubai-Based Fatima Rezaei Is Sports Referee With A Difference

This 33-year-old sports referee is one of the first, if not the first, women trainers in the world 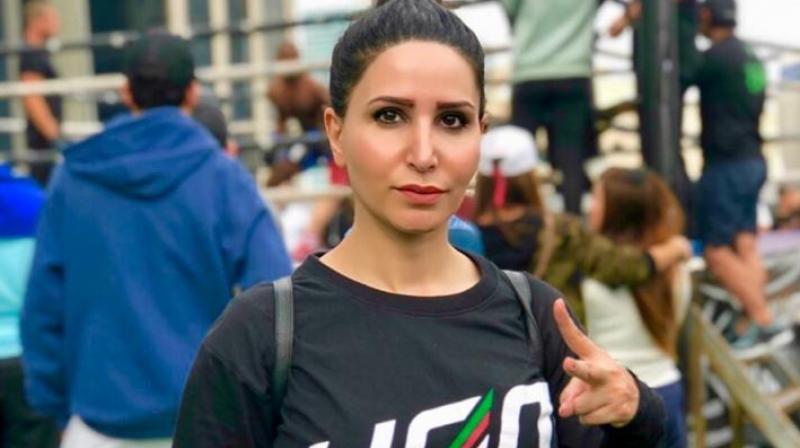 No professional field in the world is left untouched by enterprising women! Whether it is film-making engineering, management or sports refereeing, women are making their mark everywhere. One more name in this long list of women achievers is that of Fatima Rezaei, an Iranian woman who is making waves in the world of Kickboxing, Muay Thai and other sports. This 33-year-old sports referee is one of the first, if not the first, women trainers in the world.

What makes her achievement even more remarkable is the fact that she hails from a conservative society, Iran, where women are still fighting oppression of patriarchy. Armed with her resolve to make a name for herself in the world that is undoubtedly male-dominated, Fatima looks forward to achieve place for herself under the sun. To do that, she is working round-the-clock for network, wellness, support and constant upgradation of skills, the weapons, which will help her reach her destination.

Today, this young sports referee is a global success, mostly because the world attitude towards women in the mainstream, especially in the case of traditional professions like sports, changing one bit every day. The thousands of emancipation campaigns and movements launched for women’s rights are finally bearing fruit in the form of women like Fatima Rezaei making inroads everywhere.

Initially, it was difficult for Fatima to pursue a career in refereeing Kickboxing, Muay Thai and Football. However, what was more difficult was bring it up in front of her religious Muslim family. Rezaei had to deal with a lot before she could even dare to dream of making a career in physical fighting and sports. No doubt that those challenges tried to break her spirit, but the inner fighter in her decided to fight back and thanks to her perseverance, Fatima is today a successful trainer enjoying a satisfied clientele. Talking about those difficult days, Fatima says, “I never believed in giving up. I believe in never shying away from challenges. I chose not to run away from adversities. I believe in facing yourself head on.”

Through it all, Fatima decided to keep training herself and keep fighting, whether on the field or off it. Her first decision, to become a sports referee, was a result of her observation and impeccable understanding of the sports, be it football, kickboxing and Muay Thai. In fact, within a short span of time, she was one of the very few women across the world, who are working as referees under international sports for championships like IFMA Asian Championship and MMA fights.

However, being of enterprising spirit, Fatima is not satisfied with just demolishing one barrier in her life. She has eyes set on another male bastion, i.e., cryptocurrency. Her gifted mind is pushing her towards minting money through her timely investments in the cryptocurrency and stock market.

Presently, she is settled in Dubai, UAE, but the world is Fatima’s oyster!