Born on 17th December in Lahore, Pakistan, Gulzar belonged to the Christian community 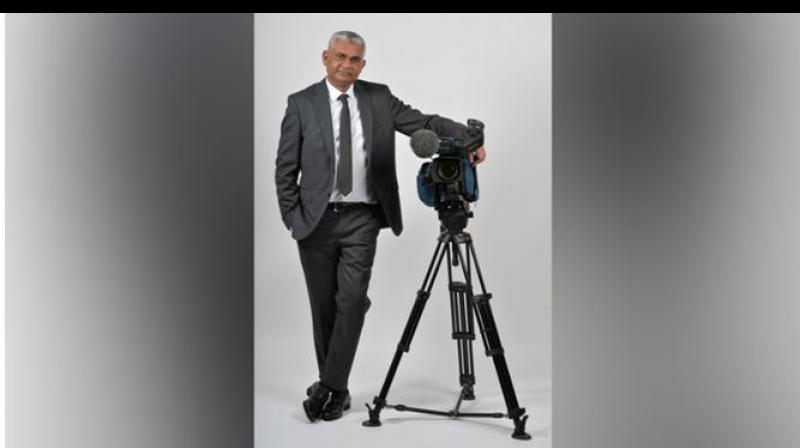 Gulzar created a Christian charity named "Pukaar Project Southampton." This organization aimed to bridge the differences between different ethnic groups and foster cultural diversity and tolerance through art. — By arrangement

The future of the world lies in the young generation's hands. They are critical to the socio-economic development of any country. Without proper guidance, they could not address the challenges faced by the world today, such as climate change or increasing threats of cybercrime. Only healthy, productive, and fully engaged youth can be more resilient in the face of personal and social problems.

If youth remain unguided, they become vulnerable to adopting negative habits and ruin their bright prospects. Whether they reside in developed or developing countries, young people need counseling to make better choices. One such individual who believes that youth can carve out a better future for the world is Romail Gulzar.

A Soul with Big Dreams

Born on 17th December in Lahore, Pakistan, Gulzar belonged to the Christian community. He always had the potential to achieve remarkable things in life. Unfortunately, his hostile surroundings harshly constricted his growth prospects. The stigma associated with his faith discouraged him from becoming a part of his surroundings. Living in Lahore, he always felt inadequate and incapable of attaining anything in life. He was treated as a second-class citizen.

Gulzar's circumstances forced him to leave his home and move to Dubai in search of a better future. Although his circumstances improved, some of his past traumas followed him in the unforgiving heat of Dubai. Exhausted and on a quest for fairer treatment, Gulzar decided to seek asylum in the British Isles. In 2000, he moved to the United Kingdom and was finally granted official refugee status.

During his initial years in Britain, Gulzar faced numerous challenges. Due to a lack of financial resources, Gulzar resorted to odd jobs to make ends meet. Despite living in a free land, his woes were far from over. Being a refugee, Gulzar received scorn from those who believed people like him were encroaching upon natives' land and resources. Back in Lahore, Gulzar did not have any power to fight back against the hate directed towards him; in Britain, he did.

Gulzar created a Christian charity named "Pukaar Project Southampton." This organization aimed to bridge the differences between different ethnic groups and foster cultural diversity and tolerance through art. Pukaar frequently organized curry evenings, musical workshops, and band performances. Unfortunately, owing to a lack of funding, the charity had to be closed later. Nonetheless, it ignited a desire in Gulzar to further this noble cause by carrying out more projects in the future.

As he was traversing his new homeland, Gulzar developed a unique inclination towards media. He viewed media as a fascinating tool to form connections, something he had always longed for. Despite his interest, he did not have the requisite skills to begin a newspaper or magazine. So to overcome his shortcomings, he enrolled in South Leicestershire College. There he took courses that enhanced his English language skills and instilled in him several valuable skills.

While he was enrolled at college, Gulzar launched an independent news agency called "Pukaar News." It was a leading news agency based in the Midlands, with its head office in the heart of Leicester's Cultural Quarter. Pukaar News provided local and international news to television channels worldwide, offering an easy PR solution to many media businesses. The agency covered news, including stories from the UK, Europe, India, and Pakistan.

Since its establishment, the public has admired Pukaar News for its humanistic local and international affairs reporting. It also played an instrumental role in improving young people's knowledge of current affairs. However, following the launch of Pukaar News, Gulzar was keen to learn more about different formats of journalism, so he then travelled to India and study in Film Journalism at the Asian Academy of Film and Television (AAFT).

Gulzar's passion for improving the lives of youth did not end with his founding of the news agency. After a few years, he founded Leicester's premier talent competition, "Leicester's Got Talent," an event that encouraged and celebrated the talents of local youth. The competition is currently in its eighth year and has seen previous winners realize their dreams and become better versions of themselves.

Hard work and passion hardly ever go unnoticed. Over the past few years, Gulzar has received several notable accolades for his services to the community. In February 2005, he became the recipient of the "Recognition of Services to the Not-For-Profit Sector" award by then-Prime Minister Tony Blair.

Gulzar's journey has been one of dedication, passion, and utmost diligence. He continues to inspire and help young people achieve their goals.