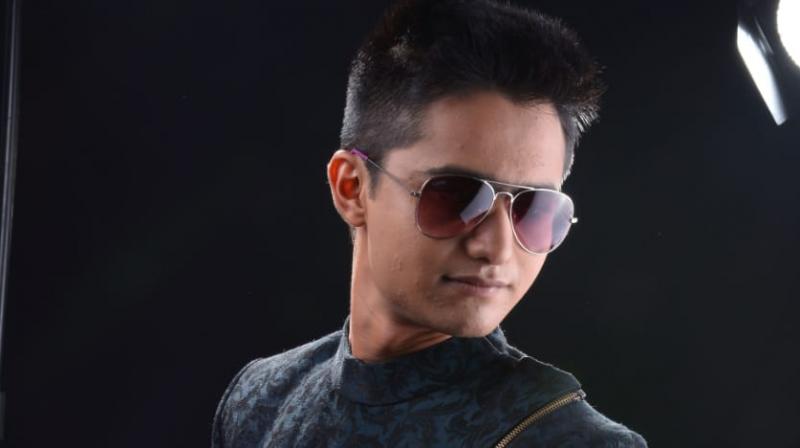 Udit is the founder of his own film production house 'Manzeel Entertainment'.

"If you can dream it you can do it". You must have listened to this powerful quote many times in your life. People want their dream to be real one day, don't they? Yeah everyone wants their dream to be true one day and they work hard to achieve it. Everyone has their own dream and they eternally want that to happen at any cost. Many of us also try hard for it. Udit Parekh is an exact example of this. He believes in change, the change we all have fear of. Change for better tomorrow.

Born and brought up in Rajkot(Gujarat), Udit Parekh always dreams to work in the film industry and he does it. Not only this he has also achieved numerous things in his life including his dream as well.

At an early age of 24 years, he has hosted many TV shows and taken many interviews of multiple Bollywood and Hollywood stars including Politicians as well. He worked as an actor in the movie 'Fashion ki Duniya'. Udit is the founder of his own film production house 'Manzeel Entertainment'.He became ambassador and Icon of National and International brands like the London eye, Renault Cars, etc,. and worked as a jury in many fashion shows.He got verified on India's number one short video platform Josh. He is also active on various short video apps like Moj, Sharechat & Roposo.

When asked for his strengths he said that it is Passion, Creativity and Imagination.When asked for his weaknesses he mentioned that he has aggressive nature and he is emotional too.As everyone has their own weaknesses but he told one should learn to overcome it better than hiding it.

Dreaming is targeting a goal and if you have a goal and you are working for it you will definitely get the success.He have never said that things are easy to him.It's very hard to manage study and work at the same time. You must have a good management skill for that, Isn't it? The little things are the big things.Create a life that will be considered as a work of art.You have that potential We all do as a matter of fact.It all comes down to whether you want to do the inner work required to get your dream successful or not.

Film Industry is something we all want to be in .We get influenced by movies and series. Not only this it gives us knowledge too for choosing the right path and for handling some unfavourable situations.Isn't it? Udit Parekh is not only working for himself but he works for making a change in society too.

When asked for a message to youth he said "Shortcut is not the right way".

Businessman and entrepreneur Dennis Loos explains what is Network Marketing