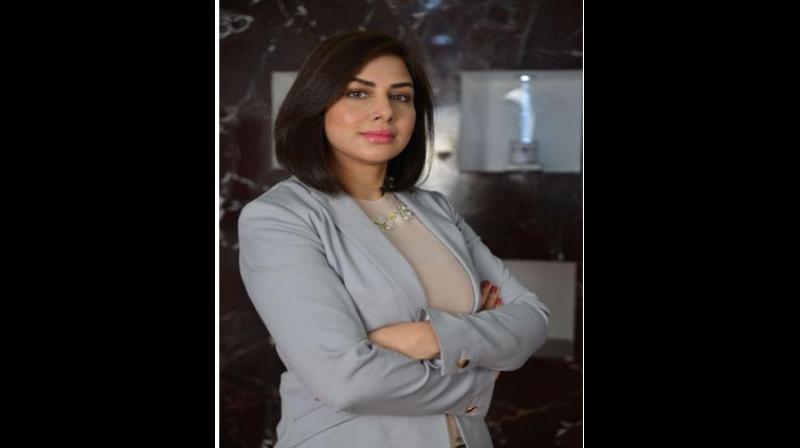 The second key challenge was the urgent need for a rapid redesign of care models for patients and mitigation strategies to deal with the virus. The third major challenge was protecting the physical and mental health of the frontline personnel, says Ishiqa Multani, President of Sagar Group of Hospitals. . — By arrangement

The COVID-19 pandemic has served as a powerful reminder of the unpredictable and complex nature of the world we live in. It is a clear illustration of how a surprise and isolated incident in one part of the globe can have a massive impact on the operations of healthcare systems and medical practices around the world. Since the first cases reported in China in December 2019, the novel coronavirus and its variants have resulted in confirmed infections of over 200 million and more than 4 million deaths around the globe. Additionally, the risks and clinical manifestations of COVID-19 continue to grow and gain increasing complexity. The list of symptoms has expanded from flu-like symptoms to impact on organs almost all over the body: lungs, heart, kidneys, eyes, brain, nose, and the gastrointestinal tract can suffer short-term, as well as long-term damage; Long COVID may well prove to be the next

Covid-19 has presented all the peak challenges of a major health crisis: a complex source, a rapid spread, and an unpredictable scale of impact. In addition to these, the COVID-19 pandemic has presented acute and novel challenges of its own that have strained the capacities of hospitals around the world and tested the ability of national and international health agencies to control it.

The first major challenge has been the lack of adequate capacity to manage supplies and patient volumes. As the coronavirus crisis unfolded, by March 2020, the WHO had declared a pandemic, the United States had declared a public health emergency, and the death toll in China had exceeded that of the SARS crisis. In many places around the world, especially Europe, the burgeoning demand for intensive care units and ventilators far outstripped the existing supply. Italy quickly found itself inundated with cases and its public health infrastructure was quickly overwhelmed in a matter of weeks.

The second key challenge was the urgent need for a rapid redesign of care models for patients and mitigation strategies to deal with the virus. It became critical for hospital administration, doctors, nurses, and other physicians to quickly adapt and discover appropriate measures, treatments, and infrastructure design to combat the highly contagious nature of the virus. These measures would go beyond the scope of hospital premises and serve as guidelines to protect the community at large.

Finally, the third major challenge was protecting the physical and mental health of the frontline personnel. While the struggles of hospitals and clinics to maintain adequate supplies of personal protective equipment (PPE) for their staff made international headlines, frontline medical personnel faced a tremendous risk of infection and mental stress. By April 2020, developed countries such as Italy, UK, and the USA had reported more than 50% of the global physician deaths.

Preparing for the inevitable

As India began its first national lockdown on March 22, 2020, it found itself in an unenviable position of facing an imminent wave of infections while managing a vulnerable public healthcare infrastructure and a large, dense population.

India had already seen how the medical emergency management systems of even the most developed nations had struggled to respond and curb the virus effectively. With uncertainty about the virus’s incubation period, the dominant mode of transmission, and possible treatment, most countries and their health agencies were following the pandemic rather than proactively preventing it.

India’s response to the crisis was proactive and cognizant of the scale and complexity of the problem. Learning from the world, India and its medical institutions developed their own approach and responded to its unique context.

The pandemic response made by India was formulated in the early part of 2020 and was followed through different phases. Graded restrictions across the border over land, sea, and air were followed by a national lockdown.

With India’s population, even a small percentage requiring critical care at hospitals would have overwhelmed the healthcare system. This made the need to curb the virulent transmission across communities and “flatten the curve”. The lockdown was used to “break the chain” of transmission and allow the government and private and public hospitals to ramp up the healthcare infrastructure with the crucial time bought.

Another administrative response was to form eleven Empowered Groups for fast data-driven decision-making and effective implementation of various measures. It was well recognised that a single ministry or agency would not be able to cope with such an unprecedented situation. The Indian government, public and private hospitals, and research organisations collaborated to devise mitigation strategies to reduce the impact of the pandemic in India.

Planning early had obvious benefits –by the time COVID-19 cases were beginning to rise in India, hospitals in India had already set up rapid response teams and infection control committees. These administrative teams of medical professionals created response strategies and put out guideline documents, listing scenarios to manage the potential situation on the ground. These scenarios ranged from the rational use of supplies such as masks and PPE, to administrative challenges such as optimal use of existing hospital infrastructure, capacity development of human resources, and management of medical professionals in clinical and non-clinical settings.

This preparedness bought us precious time to strengthen the abilities of our private and public health systems and eventually weather the debilitating first and second waves. Following directives issued by the Ministry of Health and Family Welfare (MOHFW), tracing mechanisms, such as the Aarogya Setu app, combined technology and the alertness of citizens to check the spread of infection.

Private hospitals such as Sagar Hospitals in Bangalore prepared themselves well in line with WHO guidelines, the health department of Karnataka and their own internal strategies. COVID Crisis Task Force teams defined treatment protocols, triaging mechanisms, patient care, infrastructure management, and manpower planning of healthcare professionals. Planning ahead and astute execution of response measures allowed delivery of patient care better than expected.

With a rapidly expanding national vaccination drive, the healthcare sector finds itself better prepared on all parameters—operational readiness, testing and tracing facilities, supplies of PPE—and the availability of intensive care beds and has continuously improved on all fronts.

Although it is difficult to predict the timing and scale of the third wave, the experiences of the first two waves, the nationwide vaccination drive, and the preparedness of a resilient healthcare system have bolstered our defences. With mitigation strategies, processes, and operational readiness of the private health sector and other medical communities of India, India stands prepared for a possible third wave.

When a cute love story makes the world a better place