16 Apr 2021  Suvasish, the stalwart professor and writer transforming the role of teachers
In Focus

Prof.Suvasish Mukhopadhyay's recent published is the ‘Indomitable Susan with HIV’, a book on Motherhood and Women Empowerment 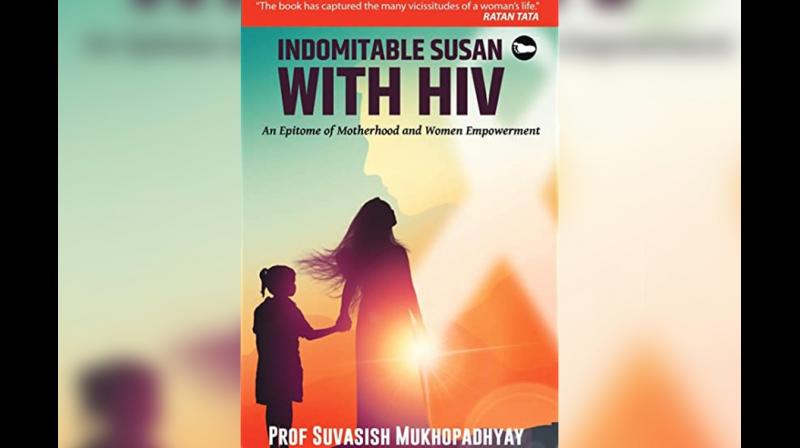 Teachers are called the second parents of an individual owing to the role they play in the lives of students. One such inspiring teacher who has authored over 36 books is the writing legend, Prof.Suvasish Mukhopadhyay, a teacher par excellence who began his writing career in the year 1991 and has till then written books on varied topics from Science, Engineering and Technology, Memoirs, Self-Help, motivational, Biographical, Philosophy, Management, Education etc.

Having been given the GLORY OF INDIA award from IAF (Indian Achievers Forum) very recently in April-2021, the 58-year-old is the believer of the quote, "Do something worth writing or write something worth reading" and has given unique concepts to the world with his elaborate writing.

From the year 1993, Prof.Suvasish was attracted towards English Literature and continuously for seven to eight years he read many eminent authors from India and abroad, post which he became inspired to write his own book when a friend asked him the same, he penned down his first non-fiction entitled ‘MY STUDENTS OF FAR AND NEAR’ in 2001.

It was published by an NRI from Spain. This was a book about the laughter and tears, joys and sorrows and pleasure and pain of the students’ community. The book talked of 108 students. It was a one of its kind book since no teacher or professor has authored any book about his/her students till date.

The book was edited and republished by another publisher and the modified title was ‘MY STUDENTS ! MY LOVE !’ After that he never looked back.

Prof.Suvasish authored a very renowned book entitled ‘THE HAPPINESS CODE’, post which he delivered hundreds of motivational lectures to different institutes and corporates based on the content of this self-help book. Being a self-motivated person, the dexterous writer works for sixteen hours a day even at the age of 58.

His recent published is the ‘Indomitable Susan with HIV’, a book on Motherhood and Women Empowerment.  Prof.Suvasish believes that the Indian women are largely not empowered and hence he brings the story of a homemaker who in spite of poverty, pathos, disease, insult, starvation, depression, threat of HIV, mental illness of her spouse gave proper shape to the career of her only daughter Andria. This is true women empowerment.

This book has enclosed very important topics like HIV, mental health and illness or consequences of these diseases and how our society treats survivors. This story again explained the struggle of an Indian woman as a daughter, wife, and mother. The book has been quoted by many as a must read, the imagination of this plot and the pouring down of thoughts in this book are magnetic. The inspiring book will tells us not only about the dark side of life but also about the brighter side of life.

Believer of the quote by Helen Keller, “We all are having sight, but we lack vision.” The vision of this extraordinary teacher is to make the masses well versed with the difference between qualification and education. According to Prof.Suvasish, qualification is external and it is about some degrees for getting a job, but education comes from within, even an illiterate person can be educated since it is the function of one's inner mind and thought process.

The overarching objective of the excelling mentor is to motivate the bright students to bring them into the teaching sector. He stresses on the importance of having great teachers in Indian classrooms but is apprehensive of the fact that no one wants to be a teacher, 99% of the teachers and professors accept teaching jobs because they have failed elsewhere. It is a compromise for them and they often channelize their frustration on the students. The professor was driven to change this scenario and hence he took up the path of teaching and left many lucrative offers.

Undoubtedly, the receiver of the 'SHIKSHA RATTAN AWARD’ given by IIFS (India International Friendship Society) and the ‘EMINENT EDUCATIONIST AWARD’ by National and International Compendium in 2012 is a extraordinary teacher who is passing a legacy that will certainly transform the teaching scenario in the country.

How Does a Gold Loan Work?