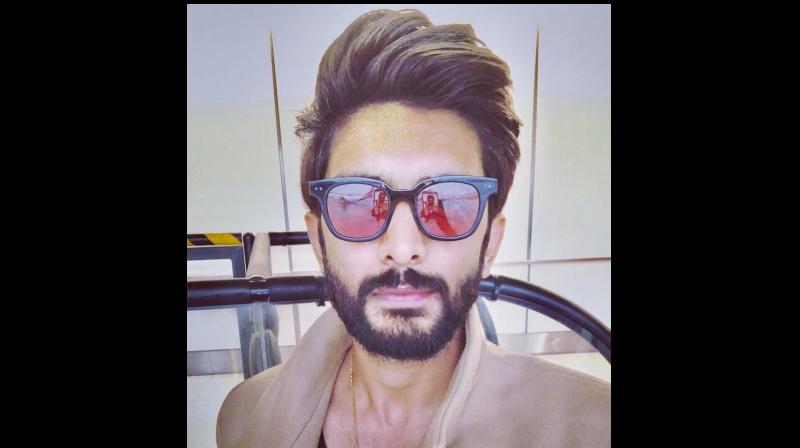 For any artist or an actor, talent plays a key role to sustain in the industry. Along with talent, good looks is an add-on that acts as a cherry on the cake. Blessed are those who have immense talent and drool-worthy looks to make anyone fall for them.

However, to succeed in the long run, talent and looks both play an essential part in every actor’s life. Virral Patel is one such talented man whose looks can leave anyone’s jaws dropped. Focusing more on his health and fitness, Virral has been a fitness enthusiast who never misses his workout.

The secret to his glowing skin and hotness quotient lies in his lifestyle patterns. Keeping it simple, the actor loves to eat the right kind of nutrition, exercise daily, drink lots of water and take adequate sleep. “As much as you workout, it is important you take that amount of rest”, said Virral.

Moreover, Virral Patel has lately been in the news for his role in Kangana Ranaut’s upcoming film ‘Thalaivi’. Playing a supporting character and an integral role in the film, the actor is on cloud nine, and he feels fortunate that the film came his way.

Earlier, he has worked with the ‘Queen’ actress but not as a co-actor. Virral Patel was a co-producer for the film ‘Judgementall Hai Kya’. Being on two different sides, he loves to be in front of the camera and calls it a magical experience.

“As much as I take care of my body and skincare, I make sure to learn the art of acting. Good looks without good acting will fall flat, and I believe there needs to be a perfect balance between both”, reveals Virral. Always ready to take up new challenges, the actor is now all set to portray the role that he has never done before.

Thalaivi is said to release soon and we wish Virral lots of luck, and may he grow upwards with his new works. Other than that, Virral will also be seen in an upcoming youth film Dil Bill which will be shot in London.