03 Oct 2020  Actor-producer-manager and casting director Manish Tiwari, another gem in Bollywood
In Focus

Actor-producer-manager and casting director Manish Tiwari, another gem in Bollywood

Manish Tiwari is an actor with lean physique and charming smile 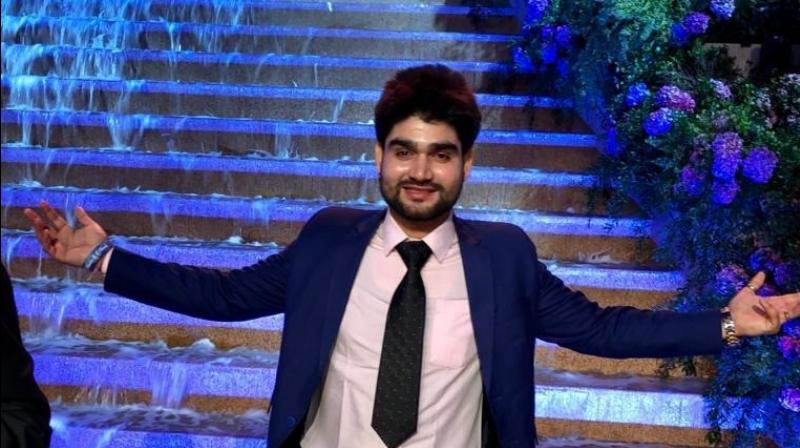 In just a short span of time, within four year's Manish Tiwari has carved his place in Bollywood. He got break in 2016 as Theatre artist with Chitralekha Arts Theatre in 2016.

Now he is popular in Bollywood as Actor, Producer, Manager, Presenter & Casting Director. Varanasi has given many Artist to Bollywood, in current time like actor Surendra Pal, director Manoj Giri to name a few, Manish Tiwari is also one of them.

Manish Tiwari is an actor with lean physique and charming smile. This versatile Actor, Producer and Presenter can speak Hindi, English, Bhojpuri and Chhattisgarhi very well and can give dialogue delivery with very ease for any confronting scene in any language, Film or Web Series.

Born  On 5 August 1996  at Varanasi, Uttar Pradesh (India) and did  his Education - School of S.S.M Pasan and the professial training at Chitralekha Arts Theatre Group, And Film Industry, also Hotel Management course in his early life, then entered Bollywood as actor producer, Celebrity Manager & Casting Director.

Having keen interest in  Sports, Dancing, Acting, Acrobatic, Cooking, which are his favourite  hobbies also familiar with many Indian languages he can speak fluently Hindi, English, Bhojpuri and Chhattisgarhi.

His good nature and happy go lucky attitude has earned him good relation with well known stars, producers, directors, celebrities and sports celebrities in a very short span of time which in itself is an achievement.