With Rs. 25,00,000 on the line, the majority of the prize pool will be going to one of India’s favourite games, BGMI 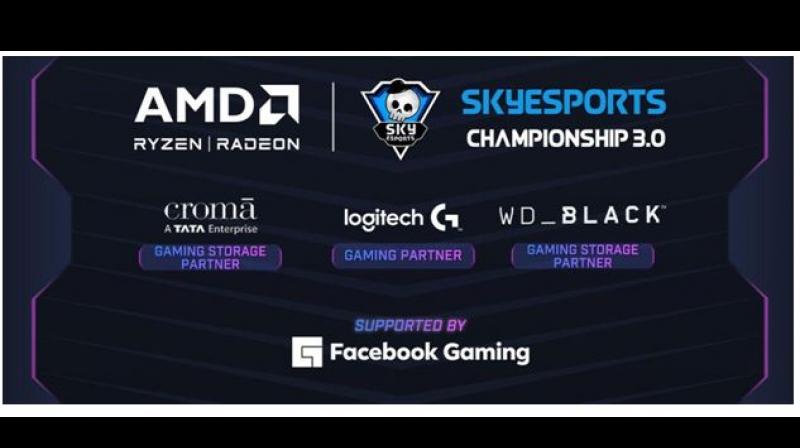 Skyesports remains dedicated in its focus on the grassroots community and will be broadcasting all of the action from the championship in nine languages. — By arrangement

The AMD Ryzen Skyesports Championship 3.0 is here with a massive prize pool of Rs. 55,00,000 split across six of South Asia’s favourite games. It doesn’t matter if you’re a mobile or PC gamer, as the Skyesports Championship has something for you. It will be held from August to October 2021 without any phases or seasonal breaks.

After immensely successful first and second editions, Skyesports has expanded the largest third-party tournament IP in the history of Indian esports, the Skyesports Championship, to cover the entirety of South Asia in 2021. Players from Nepal, Bhutan, Bangladesh, Sri Lanka, India, Pakistan and Afghanistan can now compete in the open-for-all qualifiers for a shot at glory and the prize pool.

Get your finger socks and keyboards ready, as the Skyesports Championship will feature six gaming titles on mobile and PC. This includes Battlegrounds Mobile India, Valorant, Clash of Clans, Brawl Stars and two more exciting games which will be revealed later.

For Battlegrounds Mobile India, whose semifinals will begin on Aug. 30, a staggering 15,290 teams registered for a shot at glory. Only one can reach the top, however.

Assemble your squads and solidify your #PathToPro as registrations for the remaining games have begun on the official Skyesports website. The entire championship will be played online to ensure the safety of the staff and players amidst the COVID-19 pandemic.

Skyesports remains dedicated in its focus on the grassroots community and will be broadcasting all of the action from the championship in nine languages. These are Hindi, English, Tamil, Telugu, Kannada, Malayalam, Urdu, Bengali and Punjabi.

Of these, Tamil, Telugu, Kannada, Malayalam, Urdu, Bengali, and Punjabi will be exclusively streamed and supported by Facebook. Fans can catch the action in Hindi and English on Skyesports’ official youtube channel.

There are over 800 livestreams planned throughout the event.

The Skyesports Championship 3.0 is presented by AMD Ryzen. Logitech G is the gaming partner while WD Black is the storage partner. Croma is the gaming retail partner and the regional streams are exclusively supported by Facebook.

“As esports continue to develop in India, AMD is pleased to partner with Skyesports again in 2021 at their third Skyesports Championship.

Tournaments such as these continue to give opportunities for Indian gamers to compete and push their limits in key titles,” shared Mukesh Bajpai, the India marketing head at AMD. “AMD continues to be at the heart of gaming with its Ryzen and Radeon products and technologies giving players an edge when competing in top esports titles.”

“Skyesports championship is one of the most anticipated esports tournaments in the gaming community calendar,” said Mr. Dhiraj Soni, the head of marketing, gaming and streaming category at Logitech India. “With the growing popularity of esports in India, the tournament aims to facilitate competitive play and further expand the esports community. This is a platform that brings together both PC as well as mobile gamers together to play some of the most celebrated games in the country. Hence, this platform becomes relevant for us to reach out to both budding as well as professional gamers and make them experience the extensive gaming portfolio by Logitech G. As the gaming partner of this highly acclaimed tournament, we are hopeful that Skyesports Championship will scale new heights and attain several other feats in the process.”

“AMD Ryzen Skyesports Championship 3.0 is a path to pro tournament IP in India and this opens a gateway to a lot of budding esports athletes who play Valorant, BGMI, Brawl Stars, Clash of Clans and more,” said Shiva Nandy, the CEO of Skyesports. “With BGMI coming back, a lot of young talents can now participate and make a mark. With the broadcast happening in nine languages, we are continuously tapping the regional audience and that's the most important goal for us.”

“We received over 15200 teams for BGMI and the top teams and underdogs will now compete in the same platform and take the tournament to the next level,” Nandy added. “With teams from across South Asia participating, the stakes couldn’t be higher.”

Here is the schedule for the Skyesports Championship 3.0.

The two remaining titles will be unveiled at a later date and will feature a prize pool of Rs. 2,00,000 each.