Sunil to reprise famous characters on same channel but not Kapil's show?

His popular characters Dr Mashoor Gulati and Rinku Bhabhi could be seen on a reality show of the channel. 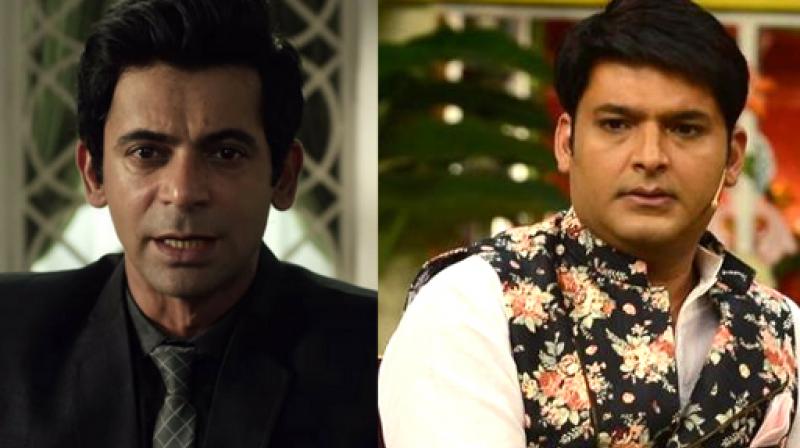 Sunil Grover had also quit Kapil's previous show before returning on it later.

Mumbai: The much public fallout between Kapil Sharma and Sunil Grover has set the gossip mills ringing over the latter's future in the industry.

While it’s been confirmed that Raju Shrivastava will be joining Kapil Sharma on his new show, the future of Sunil Grover had not yet been finalised, after he walked out of the show.

However, if the latest rumours doing the rounds are to be believed, Sunil will be reprising his much loved roles from 'The Kapil Sharma Show', albeit on a separate show on the same channel. His characters Dr Mashoor Gulati and Rinku Bhabhi were extremely integral to the show’s massive success.

Reportedly, the actor is all set to portray the two characters during the finale of the singing reality show Indian Idol, according to a report in Mumbai Mirror.

“On Wednesday, Sunil was rehearsing his act at a city studio. Kapil was shooting for his show close by. The two did not interact. Sunil will shoot for Indian Idol on Friday and then again on Sunday, when the episode is slated to be aired. The other integration planned for the finale is with Vishal Vashishtha and Madirakshi Mundle from the daily soap Jaat Ki Jugni,” the daily quoted a source as saying.

Earlier, Kapil Sharma and Sunil Grover reportedly had a big fight during a flight with the team, when an inebriated Kapil allegedly hurled abuses and threw a shoe at Sunil.

The actor reportedly misses his stint on the show, but is hell-bent on not returning to the show post the criplling humiliation.