Priyanka Chopra, who is currently busy promoting her next 'The Sky Is Pink' has recently made an appearance on TKSS. 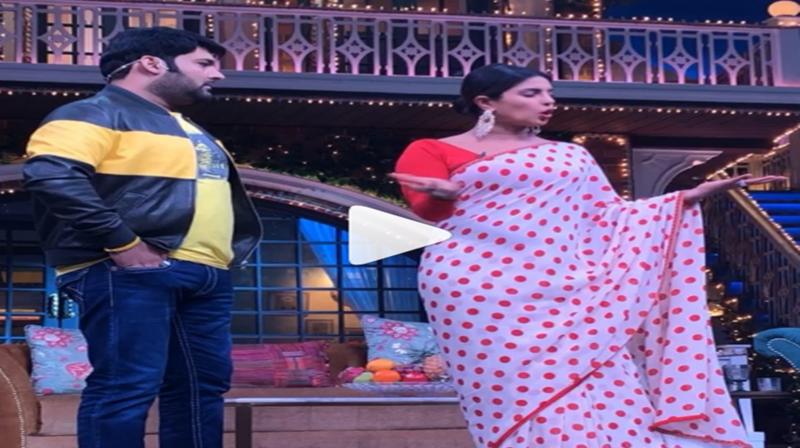 Mumbai: Priyanka Chopra, who is currently busy promoting her next 'The Sky Is Pink' has recently made an appearance on 'The Kapil Sharma Show. The desi girl had a lot of fun on the show.

Amidst all fun moment, Kapil shared a video of Priyanka himself in which the actor asks the comedian to choose between two important things. The video went viral on social media.

In the video, Priyanka asks Kapil to choose between Rs 2 crore and 6 hot girls in the Maldives. Interestingly, without any hesitation, Kapil goes for the money. Giving a reason for choosing Rs 2 crore, Kapil says that he could get himself the same package in just Rs 60,000. Isn't it hilarious?