Entertainment   TV  29 Sep 2019  This is what Kartik Aaryan did when his young fan went on her knees; Watch
Entertainment, TV

This is what Kartik Aaryan did when his young fan went on her knees; Watch

The cute little girl went down on her knees and proposed him. 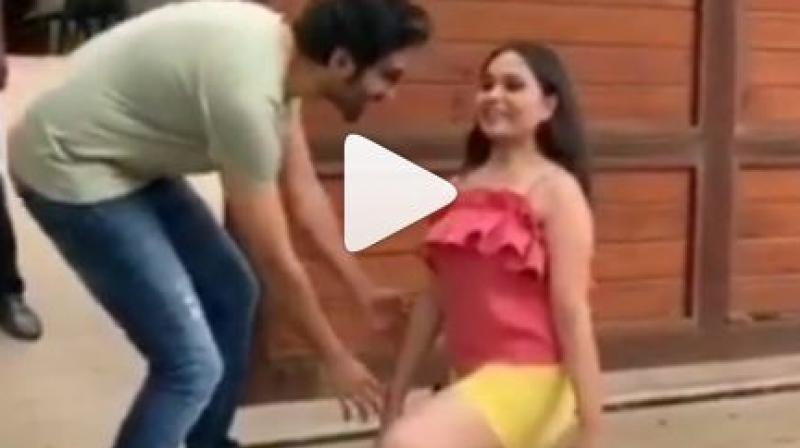 Mumbai: It seems like Bollywood actor Kartik Aaryan’s fan following does not seem to have an end. He is used to the free hugs, cheek pulling and marriage proposal invites by his followers.

The latest bomb of surprise that followed him was from a die-hard adorer who was waiting for hours to catch a glimpse of the ‘Luka Chuppi’ star. The cute little girl went down on her knees and proposed him.

In a video that has been floating on social media, it is seen that it is morning and Kartik sporting a green t-shirt and black glares is coming out of his home. A young lady wearing yellow shorts and baby pink off-colored top stops him and tells that she’s been waiting to see him since two hours.

A stunned Kartik says, “Two hours”? The girl looks nervous and the actor further asks her, “You okay? Don’t do this!” Kartik is seen praising her efforts and showers all love to her. He clicks selfies with her twice and gives her a warm hug.

That total filmy moment! Kartik Aaryan’s fan goes on her knees to propose to him in front of his house #kartikaaryan #viralbhayani @viralbhayani

The cherub looking boy knows to make his ladies feel special, isn’t it? On the work front, the star is working on the 1978 remake of Pati Pati Aur Woh which has been directed by Mudassar Aziz. The cast also includes Ananya Panday and Bhumi Pednekar. He has also finished the shooting of Imtiaz Ali’s Aaj Kal starring Sara Ali Khan which is releasing on February 14, 2020.