The comedian says that he is feeling a little lost right now and that he doesn't know what the future holds for him. 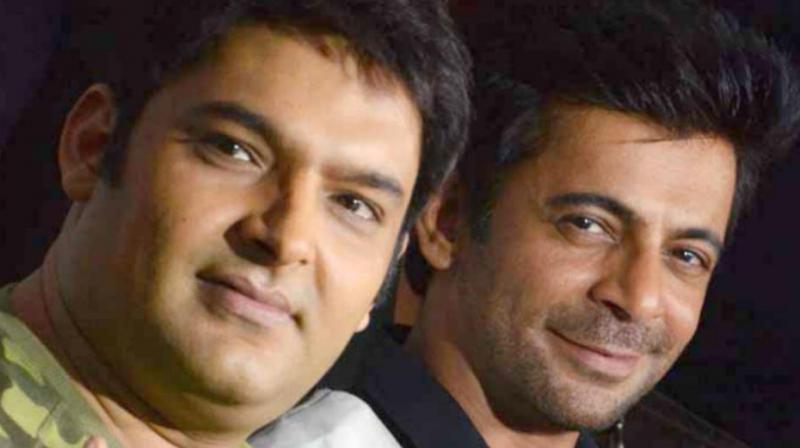 The partnership between Sunil Grover and Kapil Sharma was a hit with the masses before the fallout.

Mumbai: Sunil Grover has penned a heartfelt note on Twitter, saying he wants to surrender himself to "good work and good people" following his fall out with Kapil Sharma.

Sunil, 39, thanked his fans for their immense support which has given him strength even in these hard times.

"My thanks and gratitude for all the love. I am non-existent without the love. My public identity is just because of the love that you shower. I embrace it. It fills my heart and leaves no place for hate.

"I just want to surrender myself to good work, good people and acknowledge my intentions genuinely," he wrote.

The duo got involved in a tussle while travelling together in a flight. It was reported that Kapil even abused Sunil and hit him with a shoe.

However, in the post Sunil did not mention Kapil, 35, or their altercation directly but said, "Yes, I'm feeling a little lost at the moment and nervous too. Don't know what the future holds for me." 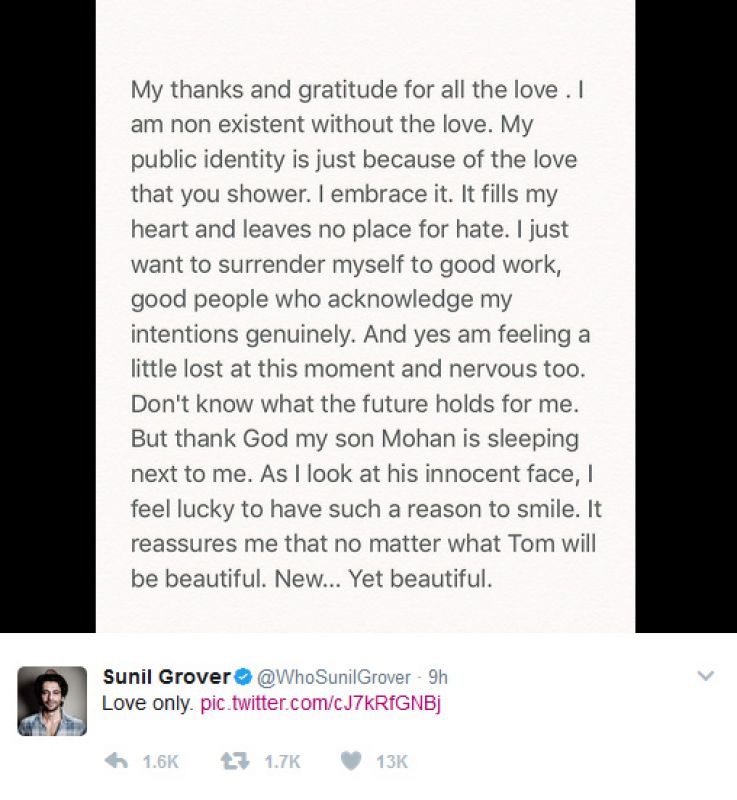 Sunil, who plays the popular characters of Dr Mashoor Gulati and Rinku Bhabhi on 'The Kapil Sharma Show', earlier tweeted to Kapil that "Thanks for making me realise it was your show and you have power to throw out anybody, anytime."