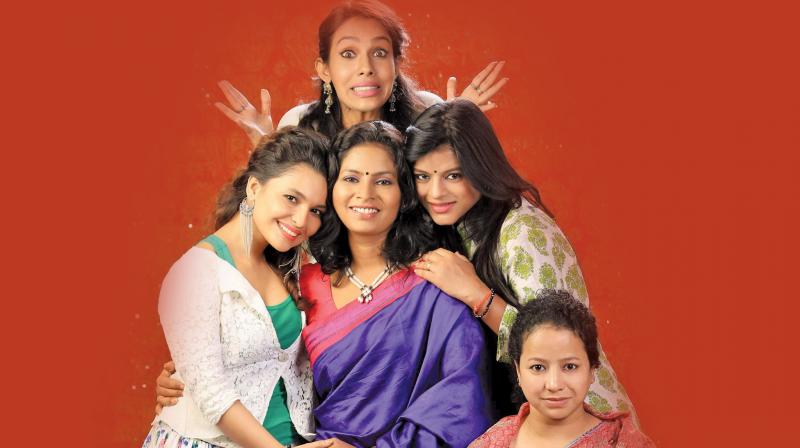 A still from the show, Aisa Kabhi Socha Nahi

While they continue to make big money on television, TV artistes harbour an inexplicable weakness for stage plays. Big names like Shweta Tiwari, Delnaz Irani and Rupali Ganguly have successfully tried their hand at stage plays so far and a few more are following their footsteps.

Chitrashi Rawat who is currently working for a play titled Aisa Kabhi Socha Nahi says, “Performing on stage is immensely satisfying; it is also a challenging task. It teaches you a lot about the craft. If we goof up,  we have to rectify it before the audiences notice it.” Working in theatre comes with a lot more pluses, she says, adding, “There is lot of money on offer. You get a chance to work with the best in the business. The toughest part is making sure that our voice is audible to the last row. But Asraniji and Padmini Kolhapuriji, who I worked with for my debut play, helped me out.”

Actress Mitali Naag was previously seen performing in daily TV shows such as Afsar Bitiya. Currently, she is working with Chitrashi on the same project. She says, “Stage shows do hone your skills as a performer. The confidence you get out of the experience is amazing. I’m in this show for the business. If TV actors are bringing in more footfalls, why should anyone complain? Besides, receiving instant reaction from audiences helps gauge your performance as an artiste.”