After R Ashwin in IPL, TV star Abhishek Verma do mankading in BCL

A similar incident happened recently in Box Cricket League season 4 in a match between Azamgarh Royals and Kolkata Babumoshayes. 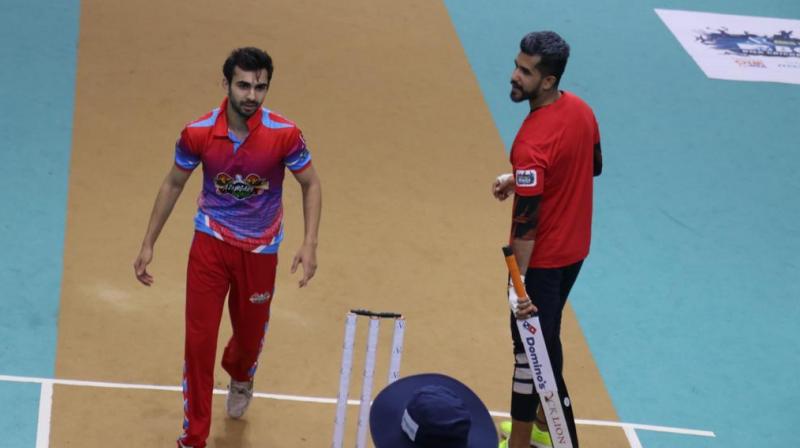 Mumbai: Jos Buttler’s dismissal during an Indian Premier League (IPL) match against Kings XI Punjab has sparked off a huge debate in the cricketing fraternity. Ravichandran Ashwin, who controversially ran out the Royals’ opener has drawn flak from some quarters ever since he ‘Mankaded’ Buttler during the T20 encounter in Jaipur. In cricket, this refers to a situation when a bowler runs out the batsman at the runners' end, who leaves the crease at the non-striking end before the ball is delivered.

A similar incident happened recently in Box Cricket League season 4 in a match between Azamgarh Royals and Kolkata Babumoshayes. Kolkata Babumoshaye was batting, Abhishek Verma from Azamgarh was bowling and Siddharth was at the non-striker's end. While bowling Abhishek saw Siddharth was not in the crease and hit the stumps. And then the fights and argument started. Kolkata team was unhappy and did not want their batsman to come out.

Actor Alok Narula who leads the Azamgarh team says, ”This new law has been accepted internationally and I did not see any problem in that, but Kolkata team was angry. They started saying bad things and I kept my calm. I am here to play. I want to see my team to lift the BCL trophy and for that I want my team to give their best.” So what was the final decision and who won the match? For that stay tuned to BCL 4.