The source also reveals that the Jalota-Jasleen liaison had been ‘fixed’ before the show began. 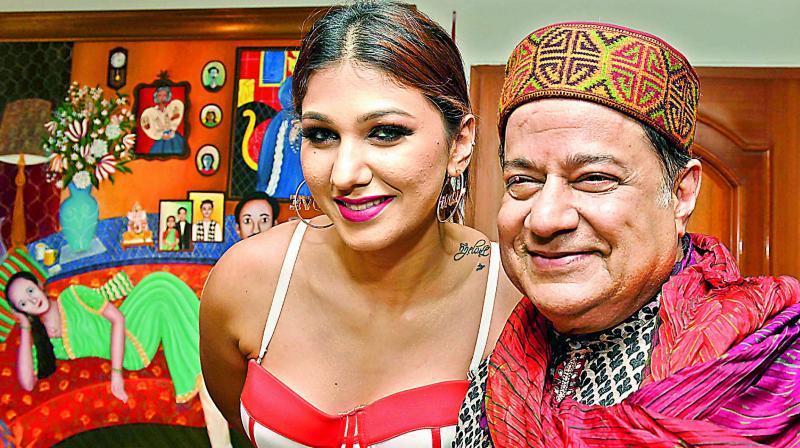 Those who are following the latest season of Big Boss will be privy to the scorching chemistry between veteran ghazal-bhajan singer Anup Jalota and model Jasleen Matharu. The link-up has raised many an eyebrow. But those who are upset about the romance needn’t go into a tizzy. This seems to be a gimmick to spice up an otherwise bland season of the show.

A source very close to Jalota, who wishes to remain unnamed, spills the beans. “Anup can never ever fall in love again. He was completely in love with his wife Medha and when she died of a chronic heart ailment a few years back, something within him died with her. To insinuate a relationship with a girl who is 40 years his junior is just a means of generating cheap scandal.”

The source also reveals that the Jalota-Jasleen liaison had been ‘fixed’ before the show began. “It was decided beforehand. We are only surprised that Anupji agreed to something so cheesy,” says the source.