Elaborating on his character Gaurav adds, “Virendra is a barbarian killer who speaks less and lets his sword do the talking. 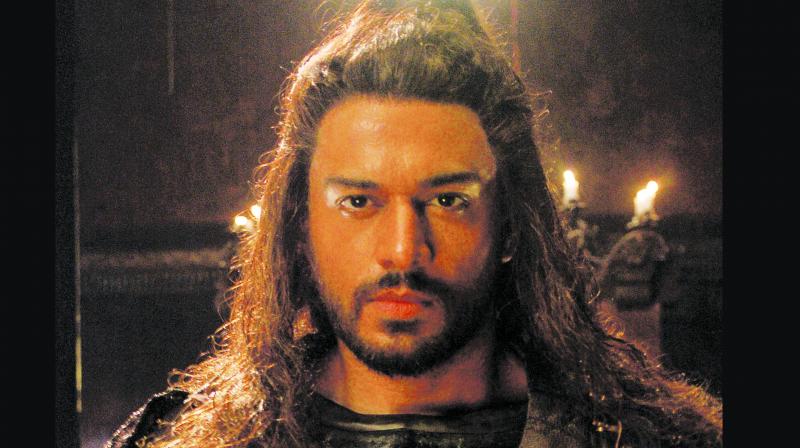 Gaurav Khanna’s last show on the tube Tere Bin may not have been able to create ripples but his current show Chandrakanta has more than compensated for all that the previous show missed. It’s not just given the actor a meaty screen presence but also brought him back in the big league. “My main reason to take up this show was Nikhil Sinha. The way he narrated the story and the conviction he had in me to play the character was enough for me to go ahead and do it,” says Gaurav.

Elaborating on his character Gaurav adds, “Virendra is a barbarian killer who speaks less and lets his sword do the talking. He is a character full of angst and brute power. He doesn’t know what love is, he just knows one thing and that is to kill and win the battle. It’s a very tough character to play because he has a number of complex reasons behind his actions.”

The actor is sharing screen space for the first time with co-star Kritika Kamra and their sensual chemistry is already raising the bar on the tube. Point that and the actor smiles in agreement. “Kritika is a sweetheart. We really work well together. We did not have to break the ice because we connected from the first day of our mock shoot and she’s a similar minded Punjabi and a foodie like me so we connect on that front too. I think she looks stunning as Chandrakanta and my character is absolutely opposite; so the chemistry is quite steamy and people like it,” shares Gaurav.

Despite the fact that the actor got married recently, he states that the sizzling on-screen chemistry has not really given his wife Akanksha sleepless nights. “My sensual scenes don’t bother my wife. Akanksha understands me and respects that fact that I am a workaholic. She also knows that I have done a lot of romantic scenes on television since I have been in a lot of shows that are romance-oriented. She’s very happy and proud about the fact that my show is doing well. I can’t ever thank her enough because she’s the support behind my performance,” explains Gaurav.

However, marital problems are the least of Gaurav’s concerns, since shooting a costume drama where the shoot is done on chroma is not exactly cakewalk. One doesn’t even know what background will be used. “It’s not easy to be a part of the costume drama because there is so much to take care of as an actor. You are wearing armour, swords, and wig, riding horses and jumping from heights and rolling on the ground and also acting. The show has a lot of VFX and special effects and you are working on the chroma floor where you don’t know what the creative guys are going to put behind you so you have to imagine it by yourself and act accordingly. There are a lot of technicalities involved. But it’s also a lot of fun and I am happy to be learning a new craft,” the actor signs off.