Game of Thrones Season 8, Episode 2 review: A knight of the seven kingdoms

An exciting build-up episode that focuses on the tensions between the characters at Winterfell, ahead of the battle against the dead. 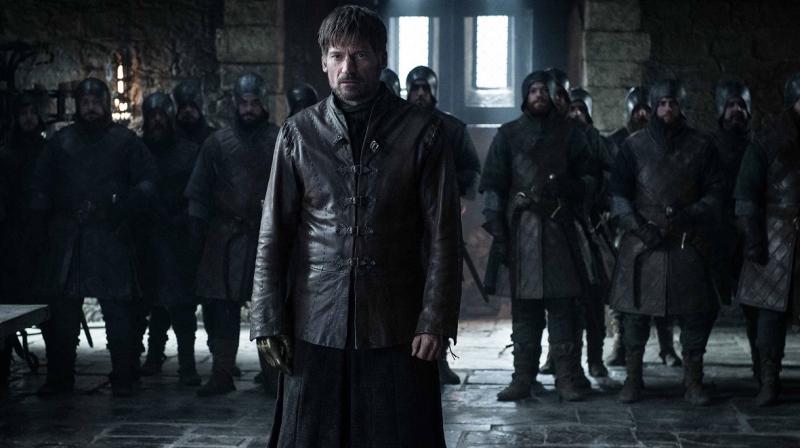 The second episode of Game of Thrones season 8 has aired and while we still did not get any White Walker action, there was some serious sexual action gracing our screens. The episode centred on Jaime Lannister, who now seems to be as integral to the final plot-line as Bran Stark and has also joined the Starks and Targaryens in the fight against the dead. There are few people on the show who have witnessed such a dramatic change of character as Jaime. While the first episode went back and forth between King’s Landing and Winterfell, this one was solely focused on the characters at Winterfell; where we got to see some pretty great moments including Arya losing her virginity, Brianne getting knighted and Jon finally letting Dany know that he is a legitimate heir to the throne. 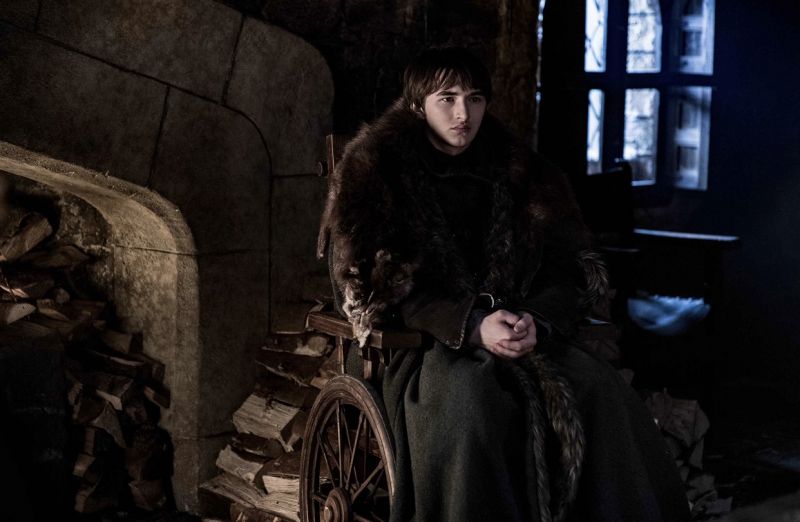 The second episode of the final season featured around the former Golden Lion flit around Winterfell in a sullen matter coming face-to-face with the town’s folk as the saying, “The North Remembers” rings true in this context.  The episode was another build-up to the impending battle that’s waiting just over the horizon which looks like it’s going to happen in next week’s episode.  However, the battle between the living and the dead is not the only conversation that’s going to happen next week; the conversation between Jon and Dany which took place in the crypt is still left hanging and in all honesty, that’s as important as the final battle. These small intertwining stories have always been the crux of the show which makes the overall story all the more intriguing. 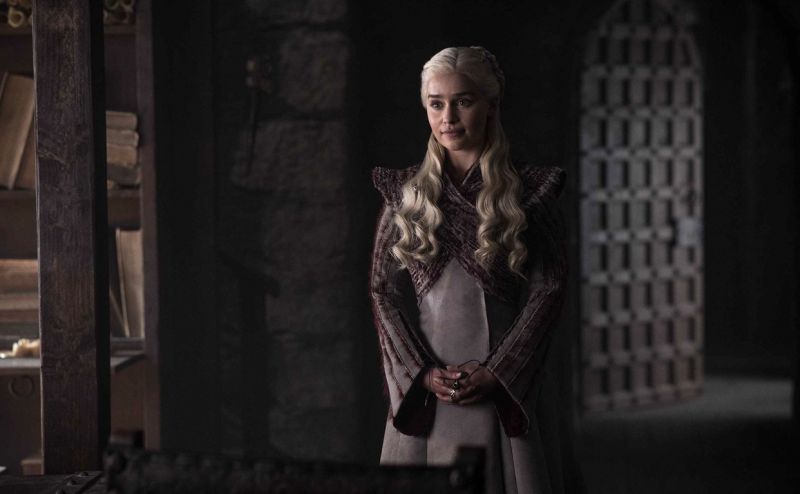 Focusing on the conversation between Jon and Dany, and her realization that he has a he is the last living male Targaryen; it’s evident to see her disappointment considering all she has done to get this far on her own. It’s also plain to see that both desire the throne but knowing Jon has no real interest in it; the unspoken next line, “I don’t want the throne” was just waiting to be said before the alarm bells began to sound indicating that the White Walkers had arrived. Jon has always been reluctant to accept power, no matter how deserving and qualified he is. In the episode, Dany has been out of sorts, lashing out at Tyrion, Sansa, and anyone who has opposed her absolute rule. If Dany does, in fact, go off the top-end and gets like her father the Mad King, then it's pretty obvious that Jon might claim his birthright to ease tensions. 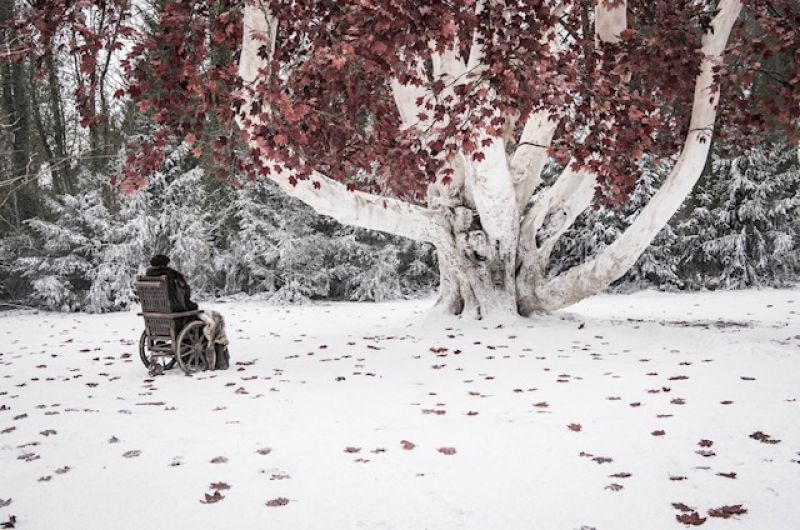 Apart from the titular characters and their confusion stemming from who should be in power and their love/lust for each other, we also see Arya finally getting it on with her long-time love interest Gendry. Though Arya put it across as merely sex and something to feel before she dies, she sounded pretty jealous when she asked him how many women he had slept with. Also, we got to see Jaime knight the deserving Brianne of Tarth, in what was an emotional scene and the excitement was evident all around with even Tormund Giantsbane cheering on the first ever female knight. Both these pairing have been what Game of Thrones fans have been shipping from a while and the showrunners have finally fulfilled our wishes. In the case of Arya and Gendry we see the Stark girl in a fresh light but what better way to signify the end of a show than see her truly coming of age in every respect. With Brianne and Jaime it's hard to tell if anything will progress between them beyond this point; but this was a fitting culmination to all the sexual tension between the two as both will surely be on the front lines in the war.

We also get to hear Pod singing a hauntingly beautiful song which fits well with the morose feelings that are rampant throughout the season. 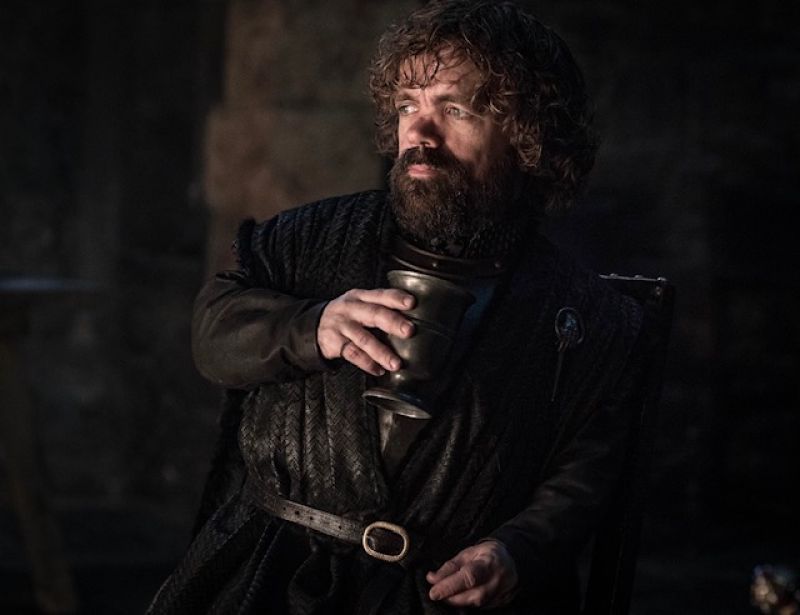 The episode has also shed light on the Night King’s motivation behind all his actions leading up to right where we are as Bran states that he and Night King and the White Walkers are heading south to kill him. Bran states, “He wants to erase this world and I am its memory.” We know that the Three-Eyed Raven has lived for centuries and is now living in Bran but we don’t quite get the fascination between the Night King and him just yet. More should be revealed in the next episode.

With the final battle about to take place, we know that those who won’t be participating in it will be hiding in the crypts while the rest of the living take on the dead to hold them off till the Night King is lured to the Godswood where Bran will go face-to-face with him in a bid to defeat him.