We prefer improvising our scenes and going with the flow, says Leenesh Mattoo

Leenesh Mattoo and Nehalaxmi Iyer, who are otherwise reserved by nature, found perfect company in each other on the sets of Ishqbaaz. 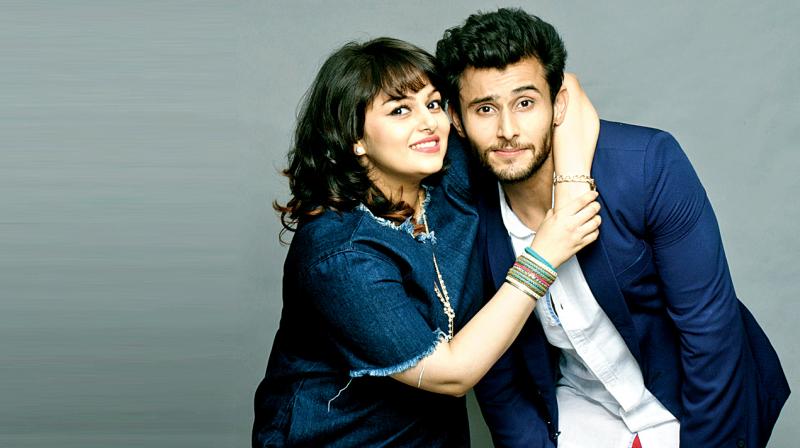 Ishqbaaz pair Leenesh Mattoo and Nehalaxmi Iyer, who play Rudra and Saumya in the show get along like a house on fire. Even though the two bicker on the sets, their onscreen chemistry has made the pair a favourite among audiences. In a candid conversation, the jodi share what makes them a hit on the small screen. Edited excerpts from the interview:

Nehalaxmi, it must have been quite tough to make a reserved guy like Leenesh warm up to you?
Nehalaxmi: Leenesh takes time to open up. But we were in touch with each other ever since we came onboard for the show. We started talking much before the show could go on floors. We also have mutual friends, so it wasn’t really difficult for me.

You both are Scorpios. Do you share a lot of traits in common?
Leenesh: I think a major reason we get along so well is because we are similar people and share similar ideologies.
Nehalaxmi: The both of us were reserved at first, but we opened up gradually. Not everyone gets our sense of humour, so we bond on inside jokes. And we spend half our time explaining it to our co-stars.

Leenesh, you are known for giving Nehalaxmi some fitness tips…
Leenesh: I am a hardcore fitness freak, so I am more than happy to help her with her eating habits. Nehalaxmi is actually quite fitter than you think.
Nehalaxmi: Leenesh is my friend, co-star and fitness guru all rolled into one. He makes sure I eat right. In fact I am scared to even eat in his presence.

Your on-screen wedding had a drunk scene. How was the experience?
Nehalaxmi: It was a lot of fun to shoot the sequence. It was well written. Even our fans enjoyed the unconventional wedding moment. I think the scene helped improve our onscreen chemistry.
Leenesh: Our drunk wedding was on of a kind. We had a great time shooting it. In fact, I want to try something similar off-screen as well!

So, what is the toughest scene you have performed so far?
Leenesh: There was a scene in which I had to rant. That was one of the toughest scenes for me.
Nehalaxmi: Saumya’s role is very similar to what I am in real life. I am just being myself on screen. So I never had a tough time as such.

Have you ever had a difference in opinion over scenes?
Leenesh: We prefer improvising our scenes and going with the flow. Our director often sits with us and helps us with a few last minute changes, if any.
Nehalaxmi: I think since we are a lot like our on-screen characters, it is easy for us to emote. We often end up having the same suggestions.

Your on-screen chemistry is pretty impressive. What’s the secret?
Nehalaxmi: We are of the same age. It helps that we are really good friends. You will always spot us playing pranks on each other. Nehalaxmi and Leenesh are like Rudra and Saumya. Bas ye hi raaz hai.
Leenesh: We are good friends off-screen and I think that helps a lot.

Who is a better co-star between the two of you?
Nehalaxmi: It definitely has to be him. There are times when I forget dialogues but he is thorough with his. He also has a good sense of humour, so that leaves my co-stars and me in splits.
Leenesh: She is easy to get along with.

Is there any quality in your co-star that annoys you a lot?
Nehalaxmi: He zones out at the drop of a hat.
Leenesh: She is a little too obsessed with make-up.

So Leenesh, we heard that you are the one who gets all the gossip on the sets?
Leenesh: Oh, yes, I am. Neha will easily vouch for it.
Nehalaxmi: Leenesh has all the gossip. He may come across as innocent but don’t go by his looks.

Your favourite food on the sets:
Nehalaxmi: Coffee and rajma chole.
Leenesh : Any junk food

Things you cannot do without on the sets:
Nehalaxmi: Phone and make-up, and my roommate Annika.
Leenesh: My phone and script.

Your wildest fantasy:
Nehalaxmi: Anything adventurous.
Leenesh: Too wild to reveal.