The show that depicts a 10-year-old boy married to an 18-year-old woman, who doubles up as his ‘protector,’ has been protested against with petitions. 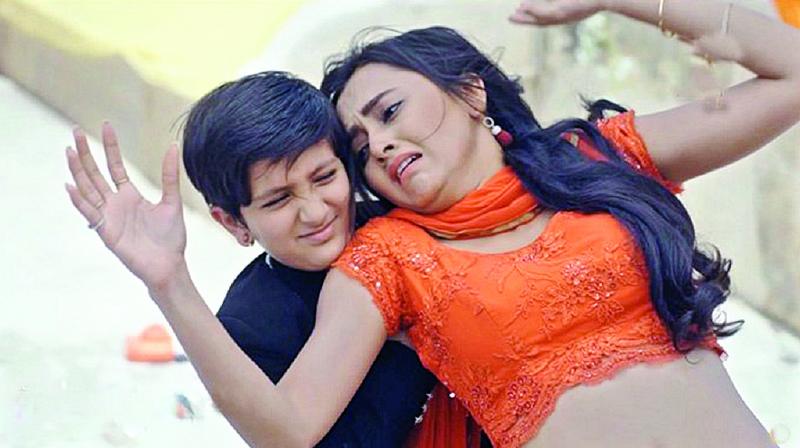 The show that depicts a 10-year-old boy married to an 18-year-old woman, who doubles up as his ‘protector,’ has been protested against with petitions.

Sony TV’s latest offering, Pehredaar Piya Ki is barely a month old and has been marred in controversy from the word go. The show that depicts a 10-year-old boy married to an 18-year-old woman, who doubles up as his ‘protector,’ has been protested against with petitions. While the producers are standing by their stance of this not being a ‘regressive’ show, the protests seem to have worked — to some degree, that is. The Broadcasting Content Complaints Council (BCCC) has directed the channel to move the show from prime time to 10 pm. We ask insiders of the TV industry if this is a good move, despite the fact that the content is still a question mark for a lot of protesters. We also ask them if the show runners could try to change the content instead.

Bhavna Balakrishnan, TV anchor
‘We don’t want kids to be influenced’
I can’t say anything about the content, but I want to draw a similarity between this plot and the widely watched show, Game of Thrones (GoT). While watching GoT, we accept the concept of incestous relationships. We shouldn’t be two-faced just because of where it’s coming from or in which language it is released.
There is also a large population that doesn’t like GoT. If they are protesting equally for the content of both GoT and Pehredaar Piya Ki, then it’s fine. We don’t want kids to get influenced by both shows. We don’t want violence or child marriage. Shifting the slot of the show from prime-time to 10 pm (where most kids can’t watch) is a good move.

Renuka Shahane, actress
‘Children will watch whatever they like’
Frankly speaking, I do not believe in curbing anyone’s freedom to see whatever they want to — I am against censorship of such kind. So whether the content is bad or good, it is still out there. For instance, I don’t think Bigg Boss offers any great content either, but it is on the television screens of people at 9 pm, which is a prime-time slot. But even if it is on the screens, it doesn’t mean that children should be exposed to it. At the end of the day, people have the remote control in their hands and they are not gullible fools. Whether it is 8 pm, 9 pm or 10 pm, they will watch what they like. Children these days,don’t sleep at 10 pm. So it is a very old-school thought that children aren’t up after 10 pm or are already asleep. Also, they can see all kinds of uncensored stuff online as well.

Annapoorna Lekha Pillai,Lawyer and TV Personality
‘we need a total revamp in terms of content’
I have only seen the promo of the show. I saw a scene where the boy appeared to stalk the girl. I am honestly against such content. Children that young, who should be on the playground, are being portrayed as stalkers. But it is no use blaming this show alone. A lot of the serials and even films show men chasing women, women getting married without wanting to, etc. They say TV serials used to be more progressive in the past two decades. Today, most of them have undesirable content. I think we need a total revamp, because it can be dangerous.

Mrunal Jain, actor
‘content shouldn’t be judged’
I don’t think content can be judged — it is very subjective. After all, we have all kind of content on the Internet. Having said that, shifting the time slot for the show is a decent move since young kids don’t watch the television at that time.

Jasmin Bhasin, actor
‘tv shows are meant purely for entertainment’
As an actress, the role is definitely challenging. I think there is an audience for everything. What one may find fine may not be fine for the other. The time slot change may indeed help, but what one needs to understand is that the show is a make-believe story. TV shows are for meant purely for entertainment and one can’t be judgemental. We should have freedom to tell the story creatively. One has the choice to change the channel if one doesn’t want to see a particular programme.