Marco Pierre White is a man whose reputation precedes him. 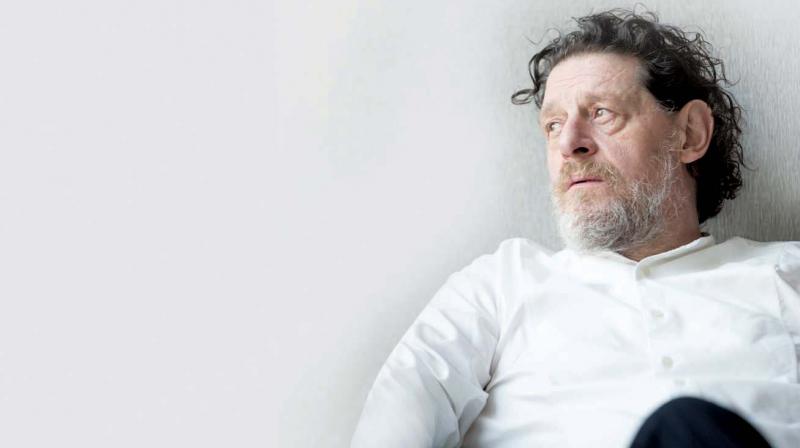 Marco Pierre White is a man whose reputation precedes him. While he is famous for a number of things— becoming the Head Chef and joint owner of Harveys at the young age of 24, the youngest chef to be awarded three Michelin stars at the age of 33 and his acerbic appearances on TV shows like Hell’s Kitchen and MasterChef Australia, Marco is also infamous for a couple of things, like returning his Michelin stars, hanging up his apron at the age of 38, and among other things, making Gordon Ramsay cry and allegedly, chucking out a couple of unruly customers. And so, meeting the culinary world’s original enfant terrible was a daunting prospect. But Marco, dressed in a plain black T-shirt, blue jeans and a crop of curls left to do their thing, is courteous and kindly proffers an apology for the long wait to meet him. When we point out that he’s the one with the long day, Marco’s reply is more philosophical than informative; “No day is longer or shorter than the other,” he says. 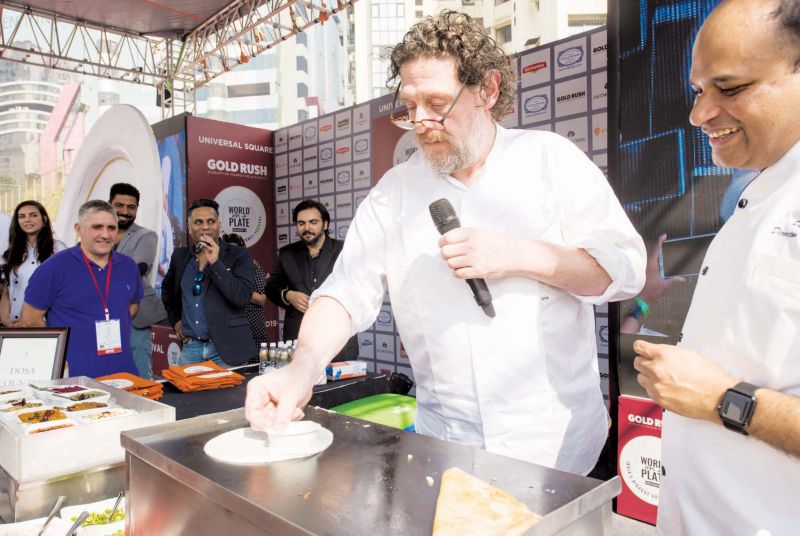 And this train seeps into his view of the city as well, which he is visiting for the first time to conduct a master class and serve as a judge during the fourth edition of the culinary festival, World On A Plate. “I came without expectation because I did not want to form an opinion. I wanted to see everything for what it was and so, what was amazing was the journey from the airport to the hotel. I became very subdued and the emotional impact was extraordinary. Because you see a bit of everything, it’s quite mesmerising and the eye is completely amused,” he shares. The chef, restaurateur and author’s comfort with marinating in the moment peeks through as he continues, “I got to my hotel, looked out of my window and you just think, 'wow!' There’s a racecourse, there are the slums, the Four Seasons, the graveyard and you see kites flying around and the Bay in the distance; you see modernism beyond that and you just think what an extraordinary setting. And you feel the energy. Mumbai has a lot of heart.”

We ask the culinary genius if he’s as captivated by Indian cuisine and he reveals that his first brush with Indian cuisine happened ages ago in Britain (“Chicken Tikka is our national dish now,” he adds with a chuckle). He says, “I’ve always liked spice and even within the world of gastronomy, we play with spice. Of course, many don’t use spice with the same sensitivity or they don't understand the balance of spice like Indians do, but it’s amazing. It’s a cuisine you want to eat— comforting and just honest. The way the world of gastronomy is headed, food is not comforting anymore and food for me has to be comforting. Food impacts me emotionally, from visually to the sense of smell to everything.”

And it is this emotional relationship with food that motivated him to pursue a career in the culinary world. While it isn’t a secret that he dropped out of school and immediately followed in his father Chef Frank White's footsteps, by taking up a job at Hotel St George in Harrogate, North Yorkshire, (“I left school on Friday and went to work on Monday. I just did what my father told me,” says Marco quite matter-of-factly) his decision to invest his life in the industry came about when he took up his second job at The Box Tree at Ilkley, West Yorkshire, one of the first four British restaurants to win two Michelin stars in 1977. “I didn’t know what Michelin was, but here’s where cooking became a way of life rather than a job. I saw that food and produce, everything changed for me. That’s when I started to really fall in love with food. It was so beautiful,” he reminisces.

And it is this simple desire, of wanting to fall in love with what’s on his plate that makes Marco critical of the fanciful flourishes, plethora of courses and minuscule portions one spies in fine dining restaurants. “Twists confuse you, portions have gotten smaller and it’s all about the chef now, not the customer. To be told that you’re going to a restaurant where you have 12 or 18 courses with no choice, that's bonkers! Maybe some people like it, but I sit there confused. I say, give me two really good courses or even one really good course. It’s enough for me, but make it generous so that there's retention of heat and I can get the smell of the food. I can get stuck in and really enjoy it,” he says. When we point out that the experimental flourishes and laundry-list long courses are probably to give diners a culinary experience they don’t enjoy every day, Marco shoots back, “Then just give them delicious food!”

Marco, who is looked at as a celebrated, if not a celebrity chef, surprises us when he tells us that great food isn’t at the top of the list when it comes to his ‘ideal meal’. “The most important for me is the people I sit with, so the food is secondary. For me, it’s about an evening out; it’s about going for lunch with friends so I don’t really pay attention to food unless it’s really delicious. Because only that forces me to stop and look at it,” he reveals. But, the Chef gives us an even bigger surprise when he whips his phone out. It’s an over 12-year-old, pre-smartphone era Nokia handset, the kind where the screen is green and the text appears in a large, slightly obnoxious-looking font. When asked why he still carries around this fossil of a phone, Marco says. “Firstly, the battery lasts longer than that (pointing at the phone in our hand); secondly, I can make and receive calls and thirdly, I can receive texts. I never send texts. And I don’t like social media.”