This show focuses on the women spending a lot of quality time with themselves. 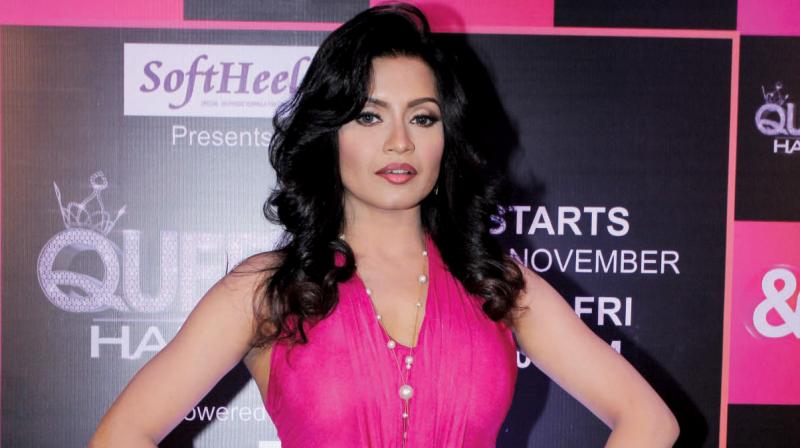 Bhavna Paani, who has featured in a couple of commercial advertisements and films earlier, will now star in a TV show Queens Hai Hum as the leading lady. The actress insists that her show will challenge audience’s sensibilities. It’s been widely speculated that the show is loosely based on the lines of Sex and the City and Desperate Housewives. When we asked Bhavna if it is indeed true, she begged to differ. “People are concluding that the show is similar to Sex and the City and Desperate Housewives because there are five parallel female leads. I don’t blame people because very soon they will realise how different the show is.” She adds that the show’s treatment is unconventional. Says Bhavna, “This show focuses on the women spending a lot of quality time with themselves. If you ask my mother, she doesn’t know what me-time means. I think we need to drive this message to women. There is life beyond fulfilling your duties as a bahu, behen or a mother. Women need to start having fun too. We need to break these stereotypes.”

The actress says that the team had to often self-censor their content for fear of falling into trouble with the channel censors. She explains, “We had to self-censor content. We have had to change words and scenes every now and then, because we fear censorship. We do understand that we need to be careful, but sometimes it’s taking away our motive for the show.”

What about people who are comfortable watching shows on the tube with their family for company? “It’s an experiment but somebody had to take it up,” she sighs. “The show is airing at 8 pm. People aren’t used to watching such shows but how else will you change people’s mindset? We can’t blame the audience and say that they don’t want to see anything new if we don’t have the guts to show them something that is out of the box.”

The show doesn’t boast of established names, and the responsibility rests on Bhavna’s shoulders. When we mention it to the actress, her smile disappears. She says, “That’s a lot of pressure. If it doesn’t do well, I will be blamed. I am just keeping my fingers crossed. The moment I was approached for the show, I knew I had to take it up.  I have high hopes and I would like to believe we will more or less meet the audience expectations.”