As iconic TV shows from the 80s and 90s make a comeback, the actors and producers get into a royalty row 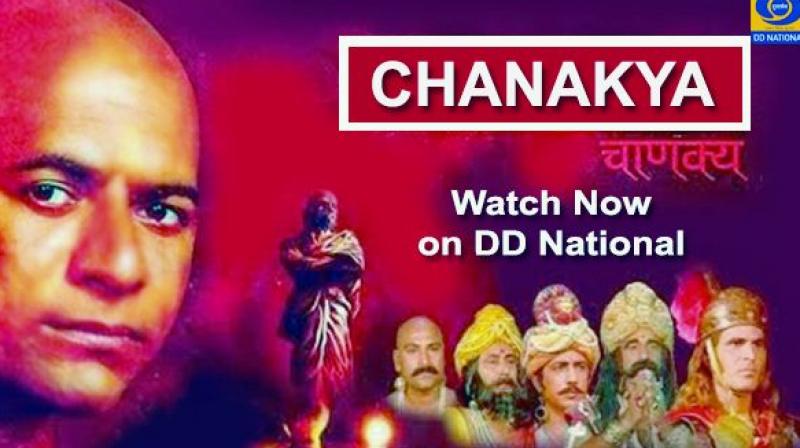 Ever since Doordarshan announced the re-telecast of some of their iconic TV shows, the actors and producers of the said shows have been at loggerheads.

The decision to air 11 popular shows from the 80s and 90s was taken amidst the nationwide lockdown to prevent the spread of Covid-19 .

The national broadcaster has recorded an all-time high audience as the channel ever since has registered a 650 per cent growth in its viewership.

According to BARC India, the first four shows of Ramanand Sagar’s 'Ramayana' garnered 170 million impressions and DD National became the most-watched channel across the country.

This was followed by the re-runs of classics such as 'Byomkesh Bakshi', 'Shaktimaan', 'Buniyaad', 'Circus', 'Dekh Bhai Dekh', 'Alif Laila', 'Chanakya', 'Upanishad Ganga' and 'The Jungle Book', which became equally popular in the first week and even attracted several sponsors.

Due for their diligence

This rekindled popularity has once again drawn the attention to many seasoned yet forgotten actors who had become household names when their shows aired for the first time.

So it’s hardly surprising that some of them are now demanding a royalty from the profits of this re-telecast. 'Byomkesh Bakshi' actor 'Sunil Sinha', in a Facebook post, wrote that the channel and producer should give royalty money to the actors.

“When the government has decided to re-telecast the show, the channel and producer will make money. So when the producer is getting extra money, why not the actors and technicians who have worked hard on the show?” the actor asks.

Similarly, Dipika Chikhlia, who played Sita in the epic 'Ramayana' opposite Arun Govil’s Ram, feels that the cast of the show should be respected for their contributions.

“Money doesn’t harm anybody and I would have liked to see the profits shared with the actors as well,” says the actress. She also adds that the actors of the iconic mythological show weren’t duly paid well even when the show was shot.

“Everyone knows when the Ramayana was made, we were paid peanuts. It would have been really nice if we were shown some kind of appreciation with the makers sharing the profits with us,” she says.

Veteran actress Pallavi Joshi, who played an integral part in the popular 80s show 'Buniyaad', says that India should have adapted the concept of extending royalty to actors, a practice common in the US.

“Actors are actually forced to do a lot of work that they don’t wish to because of not having royalties in place, so it should have been introduced long back,” says the actress.

Mita Vashisht, who shared the screen with Shah Rukh Khan and Ashutosh Gowarikar in the iconic show 'Circus', adds that the industry is not mature enough to acknowledge the efforts of all involved.

“It is the actors who have made these shows popular. In a healthy industry, some percentage of royalty should be given to everyone. But our industry is not thoughtful in terms of royalties,” says the 'Dil Se' actress, who feels that everyone needs to respect the actors and technicians’ contributions.

But the producers of these iconic shows, have a parallel view on the matter. For instance, 'Shaktimaan' actor Mukesh Khanna, who is also the producer of the show, clarifies that actors sign a contract agreeing that they will not claim any money or royalty upon the re-telecast of the show, which means that they have no legal claim.

“It is not done. Certain things are contractual and actors have to abide by it. The producer can recover the money by all means. As an actor, I would say it sounds good. But as a producer, I will be making money from everywhere,” says the actor who is also a part of the on-going epic show 'Mahabharata' on DD.

“Besides, most of them are seasoned actors and they are doing pretty well in the industry, so why to give them royalty?” he says, refuting the claims made by actors seeking a share of the pie.

Joshi however disagrees with Khanna and feels the claims made by the actors are valid. “The channel hasn’t produced any show, and the effort made by the producer during a re-run is zero. So when the producer is getting the extra money then he should distribute a percentage of it to the actors and technicians who are at home in these difficult times and struggling to put food on the table for their children,” she says.