Into the world of myths

Author and mythologist Devdutt Pattnaik is back with a new season of his much-loved show Devlok. 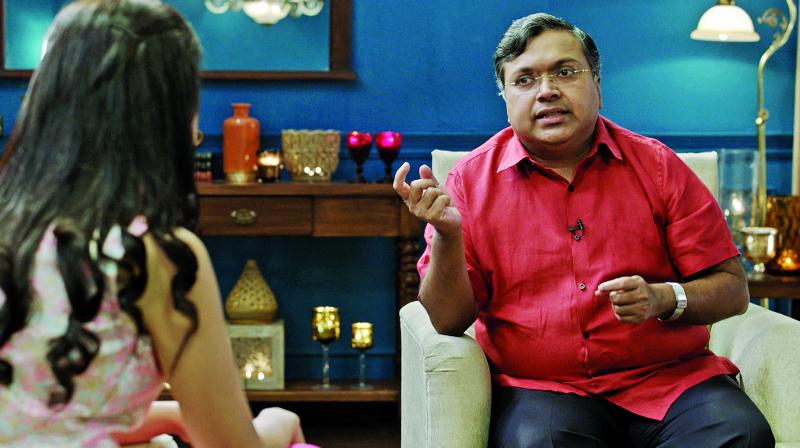 Devdutt from the show

Presenting various arguments on Indian mythology and questions and stories found in Vedas and Puranas, through illustrations and discussions, the Indian physician-turned -author and mythologist, Devdutt Pattanaik is back with the third seasn of his much-acclaimed show, Devlok with Devdutt Pattnaik. The author, who is often credited with enlivening mythology with relevance to modern times, says the latest season will also be venturing into non-Hindu mythology. Here, in this interview, Devdutt takes us into the world of Indian mythology and talks about what makes Indians interested in Greek myths as much as the Indian ones.

Devdutt’s earlier seasons of the show have also been turned into books. The latest season is all about dishing out mythological stories gradually, he says. “The highlight of this season will be venturing into non-Hindu mythology and also the history of Hindu mythology, how stories change over time.”

“But one must explore the dishes slowly as they are served by the show,” he says, adding, “Anticipation makes pleasure delightful!”

The author believes that Indians have a special love for mythological tales. “People, Indians especially, love listening to stories and participating in discussions on mythology. It’s an old tradition. Writing and reading (mythology) is a recent phenomenon. Devlok brings back the old tradition of oral storytelling to television. I think Indians love mythology. We feel it connects with our soul and reveals secrets to live a good life. So, we love to read mythology. Unlike in the past, say 20 years ago, we are no longer ashamed of our stories, symbols, and rituals. In fact, we are very curious about them,” he opines.

The author also feels that Indians’ love for mythology is much more than any other nation. “In India, people are comfortable with multiple traditions —  so they love Greek mythology just as they love Hindu mythology. You will rarely see an American or European, Arab or Chinese, child holding Hindu mythology for they don’t celebrate plurality as we do. It’s a very unique Indian trait,” he opines.

The series tends to be an exploration for him as well as the audience he says. “Through the show, I’m not trying to answer any questions, but only unfolding through questions, the world of mythology found in Vedas, Puranas, on temple walls and household rituals of Indians. I am systematically organising what seems to be chaotic and messy,” Devdutt says signing off.