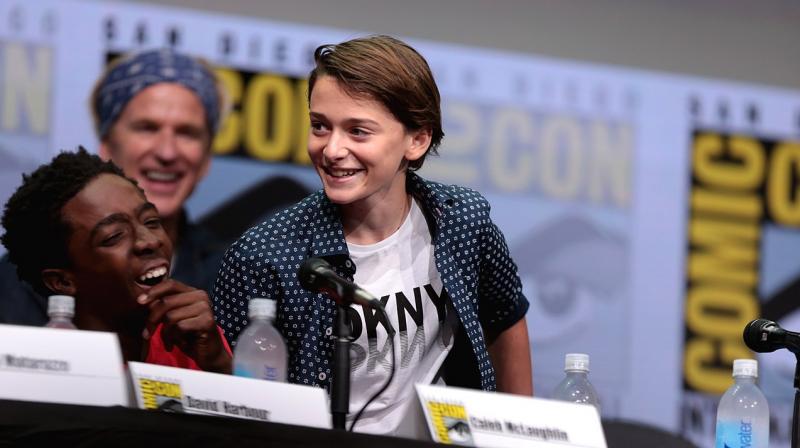 Some posts that appeared on 15-year-old Noah Schnapp’s Twitter handle after it was hacked included sexual content, racial slurs and talk about suicide and have since been deleted. (Photo | Wikimedia Commons - Gage Skidmore)

Los Angeles: “Stranger Things” star Noah Schnapp has said his Twitter account was hacked, after a series of concerning and inappropriate posts appeared on his verified page. The 15-year-old child actor, who stars as Will Byers on the hit Netflix sci-fi series, confirmed that the privacy of his page on the microblogging site was compromised on an Instagram story Saturday.

On Instagram he wrote, “Someone hacked my Twitter. It’s not me. I’m trying to get back and I’ll let you know when I do.”

Though he had not posted original tweets since July 16, on Saturday his account posted retweets from other accounts about him smoking and getting beat up.

Other posts that appeared after hacking included sexual content, racial slurs and talk about suicide and have since been deleted.