Creators of the show denied that the show is regressive and have no plans to change the plot line. 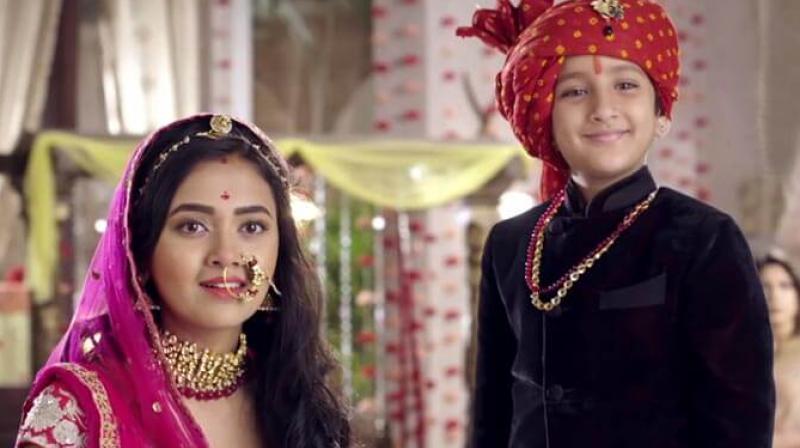 Mumbai/New Delhi: Faced with a petition asking the Information and Broadcasting Ministry to ban their show, the makers of 'Pehredaar Piya Ki' on Monday said they would "respect and obey" the government's decision.

The Ministry is learnt to have forwarded a complaint regarding the serial to the Broadcasting Content Complaints Council (BCCC), the primary role of which is to implement self-regulatory guidelines for non-news channels, including general entertainment channels.

The serial, which began airing on Sony channel last month, focuses on a nine-year-old boy, Ratan (Afaan Khan), and his marriage to 18-year-old Diya (Tejasswi Prakash).

The show has been slammed on social media for its "regressive" content with many viewers accusing it of "promoting child marriage".

More than one lakh people have signed a petition on change.org urging Information and Broadcasting Minister Smriti Irani to ban the show.

Creators of the show, however, denied that it is regressive.

"We have not received anything yet. As and when we receive it (instructions from the ministry), we will reply to it. We will explain our point of view," the show's producer, Sumeet Mittal, told reporters here.

"We know what we have made and we are confident about our show. Anything that will come to us, we will respect and obey it. If they want to monitor the show or watch it, it is okay," he added.

They have planned 265 episodes, he disclosed.

According to writer Shashi Mittal, there is nothing objectionable about the show.

"It is about forced marriage. The girl is just fulfilling the last wish of a dying man. She is there to protect the child. She also mentioned that their marriage is for a cause and not to enjoy marital bliss," she said.

The writer said she is open to criticism from those who have seen the show.

"If people are objecting after watching the show, then it's fine. There are people who have not seen the show and are talking against it."

She added that there were no plans to change the plot line.

"We are not going to change the plot line at all. I don't think we are showing anything negative."