Entertainment   TV  15 Jun 2020  Shark Tank Season 11 is not just good TV, it could spark an aaha moment for the entrepreneur in you
Entertainment, TV

Shark Tank Season 11 is not just good TV, it could spark an aaha moment for the entrepreneur in you 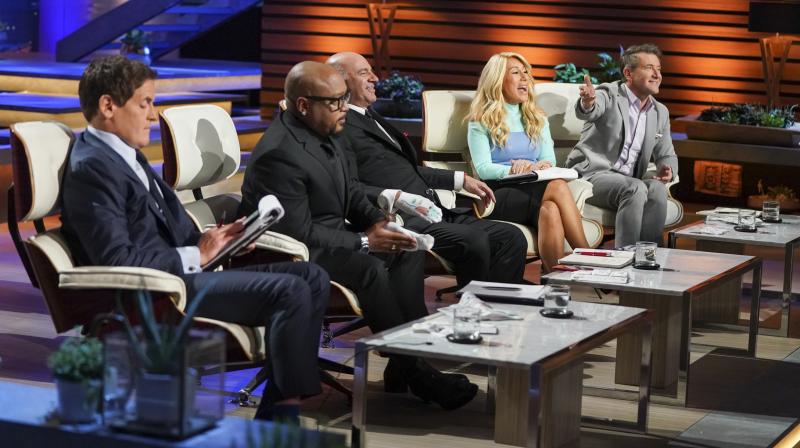 Some of the 'sharks' on the Shark Tank show, who listen to entrepreneurs' pitches and pick businesses to invest in.

It’s full of ideas, mostly zany, but some useful. And that’s probably what makes Shark Tank entertaining viewing even after 10 successful seasons.

Coming at a time when businesses are down and everything seems hopeless, Season 11 — though to some might seem a little out of place — sparks hope because simple entrepreneurship ideas have found great success and become million-dollar companies.

For the uninitiated, Shark Tank, Season 11 of which has been streaming on Voot Select since April 15 and airs starting today on Colors Infinity, is business reality TV where entrepreneurs make a short pitch to a panel of investors (“sharks”) who decide whether to back a startup or not.

What it is not is some arcane show about business that common people can’t relate to. The 7.6 IMDb rated Emmy award winning show is loved because it gives you the same pleasure of watching short videos on YouTube or TikTok, without your investing too much into it, but is also useful in that it gives you insights into what possibly works and doesn’t in the entrepreneurial sphere. It gives a sense of, “If they can do it, maybe I could too.”

And that’s perhaps why, until 2018, some 40,000 entrepreneurs applied to pitch to the sharks at Shark Tank, and 88 made it to the show. The show itself is said to have sparked off a renewed spirit of American entrepreneurship. And with most of the contestants speaking of how they achieved the American dream — starting from nothing, having battled crazy odds such as surviving on a fishing boat from Philippines to Australia and then migrating to the US, becoming unemployed and then finding a spark for a business, facing failure with three ideas and then becoming fourth-time lucky — these stories themselves are those of hope in these hopeless times.

Yet, unlike cooking reality shows or artistic talent show, which are also hugely popular categories, Shark Tank can be picked up from anywhere in any episode. Because you’re not following people’s journeys through the shows like in a Masterchef Australia, you’re not heavily invested in it and it makes for great light watching when you want to take your mind off everything else.

But guess who’s invested. The ‘judges’ — who invest their own money in the businesses that they pick. They have to make what they pick work as they've got skin in the game. Therefore there is a sense of authenticity that comes across. And they are an interesting cast of characters —  some brusque, others humane. Some give great feedback, while others are just the villains TV viewers love to hate.

You can watch it on Colors Infinity Monday to Friday at 9 PM starting today. Or catch it on the Voot Select streaming platform.