Entertainment   TV  15 May 2017  I’d be lying if I said that I didn’t care about ratings, says Shilpa Shirodkar
Entertainment, TV

I’d be lying if I said that I didn’t care about ratings, says Shilpa Shirodkar 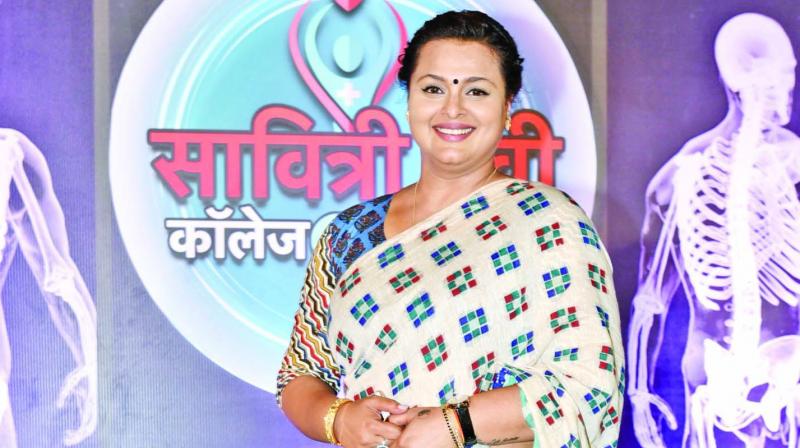 Her previous shows may have not done too well, but that’s not dampening Shilpa Shirodkar’s spirits. The actress is back with another show titled Savitri Devi College and Hospital.

The show is to air at 6 pm, a time slot that’s not too promising for show ratings. Shilpa says pensively, “We all want success for our shows, which is determined by TRP numbers. So, I’d be lying if I said that I didn’t care about ratings or that I don’t wait for that congratulatory message on a Thursday that the show has started with impressive ratings. Even then, ratings are not my department. I’m an actor and I want to do justice to the scenes I am given. If I worry about ratings, then I would never be able to perform.”

The show is a revenge drama that will pit Shilpa against actor Mohan Kapoor. But Shilpa clarifies that that’s not all there is to the character. She says, “I feel like I’m playing myself in this show. Not the revenge part, of course, because personally I am not like that. Jaya Mishra (Shilpa’s character) is someone who wants to discuss everything with her child and hopes well for her. So the niceness and affection that you see in Jaya will be Shilpa.”

Off the screen, however, it hasn’t been all gooey sweet for the actress who was in the news for the cold war on the sets of Silsila Pyar Ka with her former co-star Chhavi Pandey. “I have no issues with anyone. Just because the show didn’t work, people made up stories of friction between Chhavi and me,” says Shilpa, adding that doing eight scenes a day leaves little time for tiffs. She would rather pack up and spend time with her family. “Long working hours are a part of an actor’s life. If we start having issues with the people we work with, things will be uncomfortable for everyone,” she reasons.

Shilpa admits to be above pettiness, like the number of minutes she will be seen on the screen. She says, “For me, it’s about the character turning out well. I look forward to good work. I like being in a space where my focus is just doing a successful show. I’m not here feed anyone’s ego.”