The Twitterverse appreciated and showered their love upon the recent winner by making #KBC11 trend on top on social media. 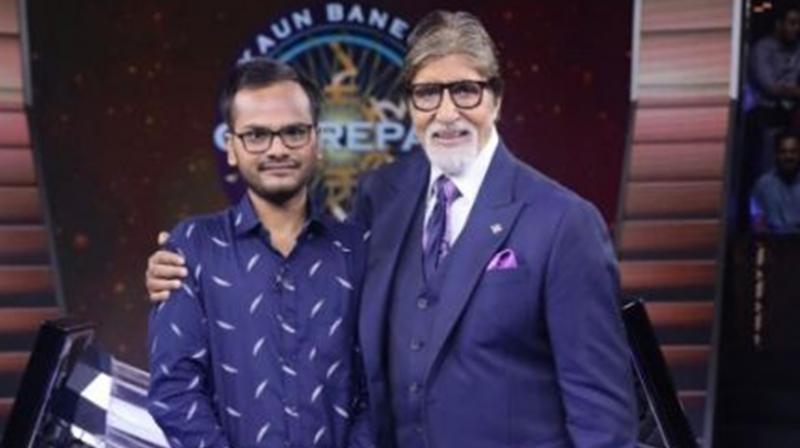 Soon after the episode was telecasted, Twitterati stormed the internet with congratulatory messages. Sanoj, who is a native of Bihar not only won the heart of the audience with his wit and simplicity but also impressed the host Amitabh Bachchan by answering 15 questions correctly to win the amount.

The Twitterverse appreciated and showered their love upon the recent winner by making #KBC11 trend on top on the micro-blogging site. Appreciating the young IAS-aspirant a user said, "Never saw such smooth winning of 1 crore at #KBC11... what an amazing person this is!!"

Impressed by the intelligence of Sanoj Raj, who currently resides at New Delhi for IAS preparations a user tweeted, "Such a good play by this man in today's KBC!! #KBC11"

Such a good play by this man in today's KBC!! #KBC11 pic.twitter.com/o89EjodSYP

Admiring his confidence a netizen wrote alongside Sanoj's photo, "This guy with his twinkling eyes swept the show. Loved his confidence well played #Sanojraj #KBC11."

"Proud to be from Bihar Salute to this guy for making my city proud," tweeted a user.

" CONGRATULATIONS Sanoj! First crorepati of the season... #KBC11," wrote another.