I want to make the world a better place, says Shama Sikander

TV actress Shama Sikander talks about giving up her career at its peak, battling depression and emerging a stronger person. 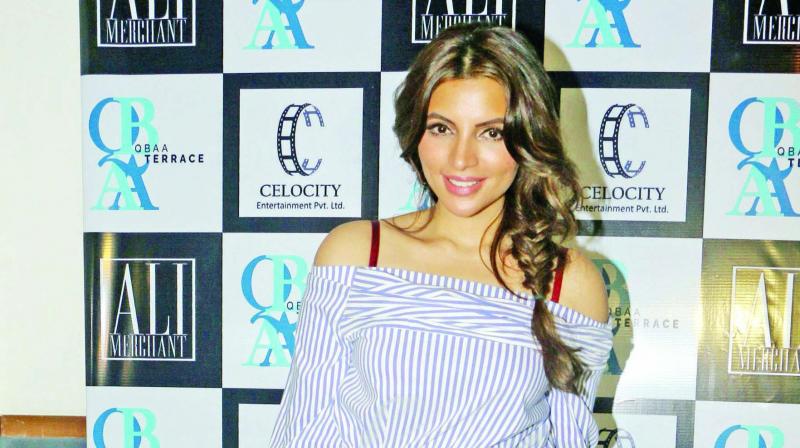 Life seems to have come full circle for TV actress Shama Sikander, who left the arclights at the peak of her career on account of depression. Best known for her hit TV show Yeh Meri Life Hai, she has returned after a hiatus and opened her own production house. “Bipolar disease comes from within. We have a lot of garbage inside which needs to be cleansed first,” says Shama, who traces the roots of her depression to childhood.

“I never had friends during my childhood days. I would go out of my way to make friends and give them all that I possess, but they would leave me soon. Gradually, that feeling of being unloved sent me into depression,” discloses the actress, who adds, “I love my parents and they have been my strongest support.”

Shama credits her American boyfriend, a doctor, for diagnosing her bipolar disorder. “Initially, I was not ready to visit the doctor. But after a lot of coaxing, I agreed. My doctor told me that meditation would help more than medicine. So I took to meditation…I refused to take sleeping pills,” narrates Shama.

However, the downward spiral continued. Recalling how she almost committed suicide, Shama says, “I was bored of life and felt like leaving this selfish world. So I took innumerable sleeping pills, but my family found me and took me to the hospital. When I woke up in the morning, my hands were tied up as I had been violent while being treated.”

The actress is clearly in a better space now. “Right now, I am in a live-in relationship with someone,” she reveals and adds, “Everyone should find love. I have had my share of relationships, but it is not wrong to have boyfriends.”

Shama says she could not handle the uncertainty of the television industry. “Going from stardom to neglect would be like a living death,” shares the actress, who has now made it her mission to promote awareness on the importance of life.

“I am making a show to communicate with people about the importance of life. While I cannot prescribe medicines, I can bring about awareness,” says Shama, adding, “My first short film, Ab Dil ki Sun takes from my life experiences and portrays issues like depression, suicide etc and how we can cure ourselves from this disease. My second birth needs to be meaningful. I wish to make this world a better place to live in.”