The penultimate episode titled ‘Bells’ had a lot of carnage and most of the main characters have lost their lives. 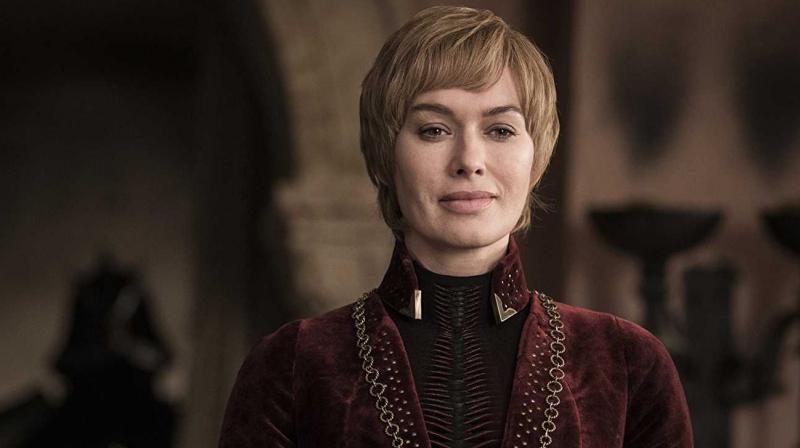 Cersei looks on at the battle taking place in the distance. (Photo: HBO)

Wow! What an episode! That was a lot to process even though the buildup in this season actually led to this. Read on to know our thoughts on the latest episode of Game of Thrones. As usual, expect a fair share of spoilers below.

The latest episode of Game of Thrones started off with the Master of Secrets, Varys drafting a letter to an unknown someone informing them that it is indeed Jon Snow who is the rightful heir to the Iron Throne. He, later on, is met by one of his ‘little birds’ who duly informs him that she is being keenly observed by the guards. This, in turn, leads him to suspect that his time is up on the planet and he will be facing his impending doom.

Varys meets Jon as he lands on Dragonstone and the lover of the Mother of Dragons is told that she hasn’t seen anyone or eaten in days. Jon once again reiterates the fact that he isn’t interested in ruling and that he is in love with Daenerys. Varys then informs him that he has seen the rise and fall of countless kings and its not them who decides who should rule but it’s the people who decide.

Tyrion meets with Dany who is a shell of herself and is still visibly upset that Missandei was killed. He then tells her that she has been betrayed. She says its Jon Snow who has betrayed her. He says no its Varys. She goes on to state that she had told Jon not to open his mouth to Sansa so it was indeed Jon who betrayed her. Sansa then duly informed Tyrion who then went on to inform Varys. So it was all of them who had collectively betrayed her. Tyrion asks her for her forgiveness and states that he won’t be making another mistake and he implores her to not destroy King’s Landing as millions of innocents will die unnecessarily. 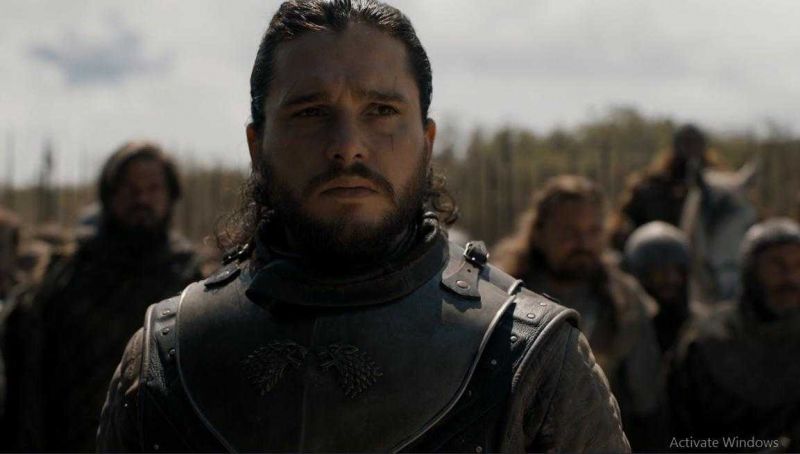 We then see Varys being confronted by Daenerys’ guards with Greyworm leading the charge. He then proceeds to escort him to face Dany and in an emotional scene, he says that he wishes that what he did was for the best. Dany shows him no mercy and orders her last living dragon, Drogon to toast him alive. And, that’s the end of the Master of Secrets who has been around since the show began.

Tyrion gets to know that Jaime has been captured and he uses his influence to see him and releases him from his restraints. He then begs him to save Cersei and their unborn child and flee the Red Keep. Tyrion informs Jaime that he has spoken to the world’s greatest smuggler, Davos and said that there will be a boat waiting for them to escape. Jaime promises him he will do his best and this is the last time we see the two brothers together.

Cersei put her plan into place of ushering in all the people of King’s Landing to play on Dany’s humanity so that she would spare the entire city. Little did she know that she was playing right into Dany’s hands all along.

Now, it’s time for the ‘Last War’ and we see Euron with his fleet of ships with their spears at the ready. Outside the gates of King’s Landing, we see the Golden Company lined up to take on Dany’s soldiers led by Jon Snow and Greyworm. 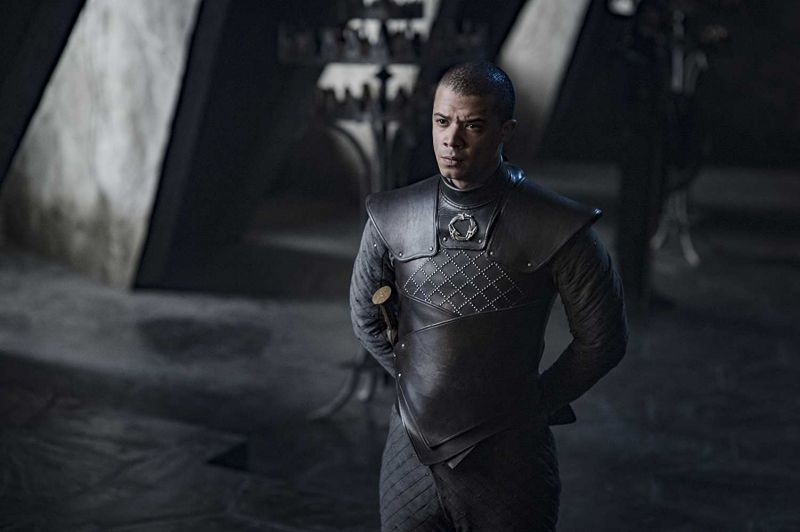 With all the armies getting ready for battle, Dany has other plans. Out of the clouds in a beautiful scene, we see Dany riding Drogon and she swoops down and destroys all of Euron’s fleet. They are too slow and not even a single spear manages to touch the dragon. And just like that, the Iron Fleet is wiped out. Dany isn’t done yet. She then goes on to toast the entire Golden Company who were getting to charge into battle with Dany’s ground forces.

Tyrion previously had informed Dany that if Cersei surrendered and rang the bell signalling her defeat she should call off her forces and pleaded to her humanity. And in a very un-Cersei move, she actually surrendered after being informed that all of her armies had either surrendered or been annihilated. With the bell now ringing, a sigh of relief spread across all the troops.

However, Dany had other plans which only her troops like the Unsullied and whatever were remaining of the Dorthraki knew about. Shortly after the bells of surrender rang, Dany went totally Mad King and started raining fire down on every and anyone who was there in the city. Jon didn’t know what was happening and he now knew that he had lost control of not just the army but of the love of his life as well.

Elsewhere, we see the Hound and Arya making their way to the Red Keep, one with the sole intention of killing his big brother and the latter with the purpose of killing Cersei. However, with the whole city falling apart, the Hound then informs Arya that she should just escape the place and save herself. She duly obliges while the Hound chases down the Mountain.

Amidst all the carnage, we see Jaime trying his best to reach Cersei in order to save her and escape with their unborn child. Prior to him locating his twin sister, he comes face to face with Euron who keeps on taunting him saying that he has also slept with Cersei. A fight to the death ensues between the two and Jaime is stabbed twice in the gut. However, he manages to use his king slaying skills to his advantage and stabs Euron in the stomach. It is implied that Euron dies but its not explicitly shown. 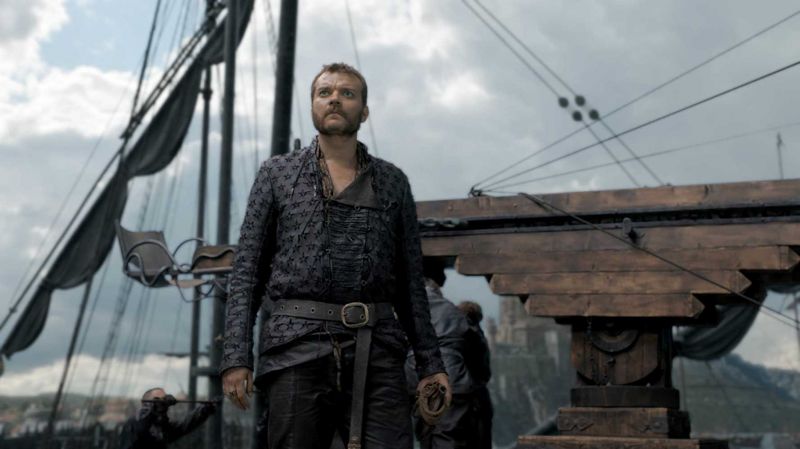 We then see Clegane bowl, the battle of the brothers, the Hound versus the Mountain and its everything we expected it to be. Before the two lock horns, Qyburn tries to inform the Mountain that his duty was to protect Cersei. To this, the Mountain smashes his head killing the hand of the queen in one fell swoop. Cersei then sees that this isn’t a place for her to be and she fees the scene.

The battle between the brothers is gruesome and no matter what the Hound does, he is unable to stop the zombie Mountain. He finally manages to get his helmet off and he now looks somewhat like Darth Vader without the helmet, strange as it may be. The Hound stabs the Mountain with a sword in the chest but he casually just pulls it out as though it was a pin. The Mountain then proceeds to do the eye gouging thing and just when we think that’s the end of the Hound, the latter stabs his brother in the eye. But this also doesn’t stop him. He then realizes that the only way to kill his brother is by sacrificing himself and he then pushes him through a wall and into a pit of fire. This is the Hound not just killing his brother but also facing his own fear of fire. 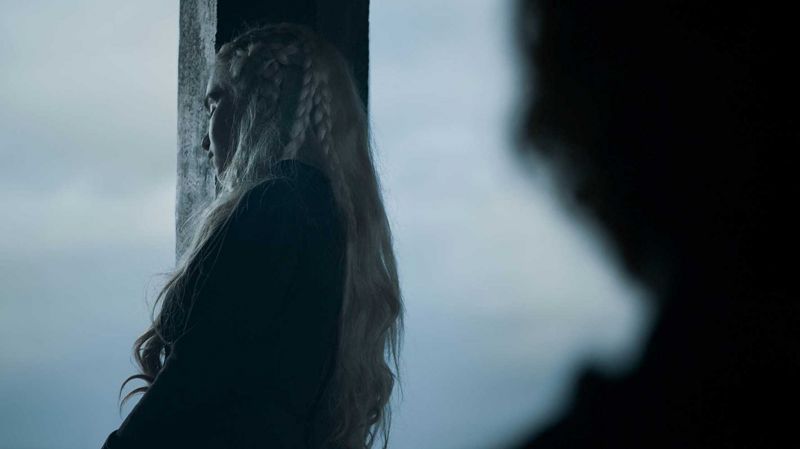 Jaime finally meets Cersei and the two reunite after a long time and they both share their feelings for each other. It makes it look like the night with Brianne was just like a random hook-up and nothing more.  Cersei tells Jaime that she wants their baby to live but that was the final thing before the entire ceiling falls on them and that seems to be the end of the pair.

The episode ends with Arya waking up and covered in ashes and she meets a lone white horse. Maybe this is some foreshadowing and she then rides out of King’s Landing.

To sum it up, this was an episode that was building up from the season began and it shows the culmination of Daenerys’ meltdown that had been taking place since the season began. The episode shows who Dany really is and it proves the point that she is a power hungry tyrant even though she may have been portrayed as a protagonist.

With next week’s episode showing the ashes settling, we will see the final piece of the puzzle that is Game of Thrones.