To infinity and beyond!

Here’s a list of sci-fi series to look forward to in 2017, to celebrate our leaps in the field of science! 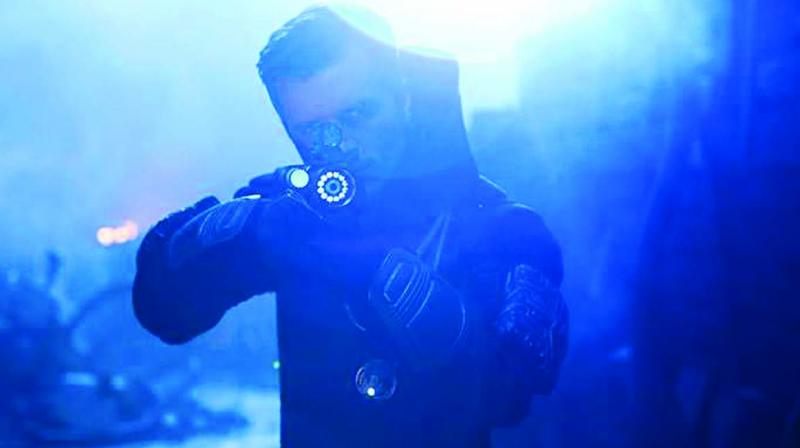 With great advancement in technology taking place all around the world, and India launching multiple satellites into space this year, it’s only fitting to watch some shows that show us what our future could be. A lot of science fiction series have come out this year and here’s a list for the geek in you to satiate your hunger for sci-fi. Thank us later!

Star Trek Discovery
The show has been causing a buzz since its creation was announced. With stars like Sonequa Martin-Green, Jason Issacs and Michelle Yeoh, it’s a guarantee that the show will have a massive opening this year. This is a different timeline from the original series and is set almost a decade before it. It follows the crew of the USS Discovery, as they discover new worlds and delve into an event that has been mentioned in Star Trek but not explored.

The Expanse
The series begins way ahead in the future when people have finally managed to inhabit all areas of the solar system and have (obviously) begun a war. Earth and Mars are at loggerheads, with Mars being a military power. At this time, a detective, a rogue ship captain and Earth-based UN Executive join forces to unravel the biggest conspiracy threatening humanity. The series began in 2015, received rave reviews and premiered late February to much applause. If action, adventure and thriller works are your cup of tea, then this is for you.

Stranger Things
It’s coming back! Yes, the massively popular Stranger Things that saw four children battle it out with a monster that lives in the Upside Down, is making a comeback with its second season this year. The teaser for the new season went viral and created a buzz in the online community. We’re hoping to get several questions answered and see scarier creatures.  Most importantly, we’re looking forward to one of our favourite characters, Eleven, returning!

Future Man
Hunger Games actor Josh Hutcherson stars in this soon-to-be released sci-fi series as Josh Futterman. He plays a janitor by day and a gamer by night, who is then sent on a mission by mysterious people to travel through space and time to save humanity. The pilot has been directed by Seth Rogan and Evan Goldberg, the duo that created Sausage Party.

Black Mirror
Black Mirror is probably one of the darkest science-fiction anthology series we’ve had the pleasure of watching. Somehow, they manage to outdo themselves with every season. With three seasons already released, the series has managed to tackle very real istic futures that are fast approaching, with our dependence on technology and transition into a more modern society. The fourth season is set to be out later this year, with an episode being directed by Jodie Foster! Be sure to keep an eye out for this, you won’t regret it.

Time After Time
The series premier took place on March 5 and people are already eager for other episodes. Time After Time pulls together history and sci-fi to create a thrilling ride. Jack The Ripper uses HG Wells’ time machine to escape the police and lands in modern day Manhattan. Wells follows him to catch him. The plot in itself is highly intriguing and we can only hope that the first season lives up to it.

Dark Matter
Dark Matter has been getting great reviews since 2015. The plot revolves around a group of six people, who wake up on starship Raza, with no memory of their origin. They then try to figure out who they are and where they came from. They are all set for another 13-episode season set to premiere this year. If you enjoy mysteries in space, this would make for a great watch!

Doctor Who
There’s not much one can do to describe Doctor Who — science fiction nerds like us already know and worship the long-running show as the time-travelling Doctor tries to save different worlds with his sidekicks. This hopefully never-ending journey is probably the reigning series in the science-fiction arena and with good reason. If you haven’t seen the show, you are missing out on a lot. The 10th season of the series will be releasing this April, so we suggest a huge marathon before that!