Producer Victor Garibay set to embark on his Bollywood journey

His film is expected to go on floors by the end of this year. The untitled project shall be directed by a renowned director. 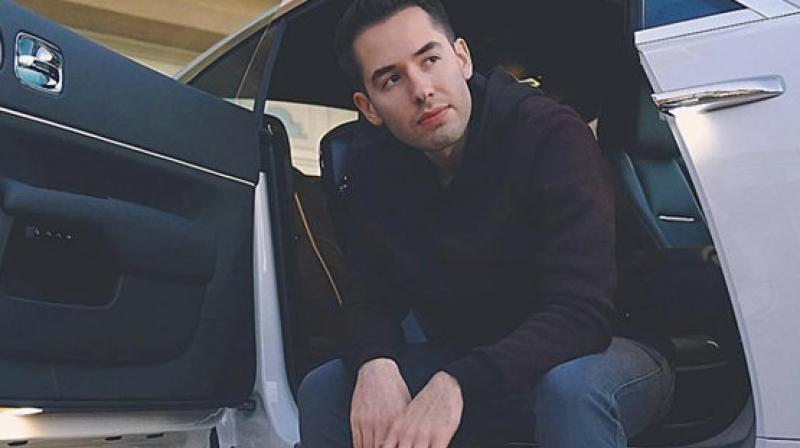 Victor Garibay is a renowned film producer who has headed to Bollywood and has already bagged a big project. The film is soon going to hit the floors and is also expected to feature a few big names in it.

The film is based on the life of some magicians who come from different parts of the world and work together to fulfill their dreams.

Garibay has been in filmmaking 2016  and has produced some very nice films in his short but rewarding career. Now, he is taking a big leap by entering into Bollywood and working with some eminent actors of the country.

"I am really glad to be a part of this vast industry. I have a lot of regard for many veterans and a lot of hopes from the young talents. I would try to give my best here to entertain our audience and serve them with some extraordinary content which is most important for a successful cinema," he said.

"It was my dream to work in Bollywood as the kind of drama and emotional connect these people produce is simply unmatchable. I have been a close observer of films across the world but the kind of love Indian films depict can not be found elsewhere across the world," he added.

Looking at the same, Garibay has decided to make a move here and produce some never seen before kind of films.

He is also hoping to work with some extremely talented actors of the country. "I want to work with Aamir Khan as he always longs to achieve perfection in his craft. I also have a lot of regard for Amitabh Bachchan and I really hope to work with Ranbir Kapoor someday," he wished.

His film is expected to go on floors by the end of this year. The untitled project shall be directed by a renowned director.

"The kind of films I have been watching off late were all love stories and I have personally seen some extraordinary love stories which are never told on screen. I wish to bring those to the silver screen as soon as possible as there is a lot I want to convey to the world about love and profession," Garibay said.

With the kind of talent he has been over the years, we can surely say that the Hindi film industry is soon going to see some unique stories which need to be told.

(AA does not endorse above story)