The Madras High Court’s enquiry into whether TV shows are a reason for couple issues has gotten folks into a discussion mode. 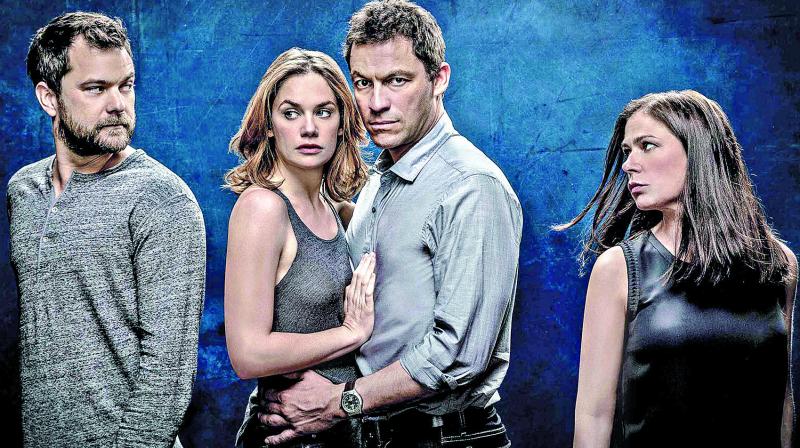 A still from The Affair

When was the last time you watched a show or movie that had a married man or woman looking for love outside their marriage? The most definite answer would be recently! The theme of extra-marital affairs is the ongoing trend among web series, movies and mega TV serials. Show like The Affair, The Other Woman, Chloe and many others explore the concept of extra-marital affairs. The very concerned Madras High Court recently asked the Centre and state government to find out if these mega TV serials are the reason for infidelity among married couples. They are also concerned about the increase of crimes due to these extra-marital affairs. Talking to people, we find out what they think...

Ann Mary Ninan, a student feels that  TV serials do have a negative effect on the viewers. She adds, “As far as I know, most of the Indian serials portray hatred, revenge and envy. When you keep seeing such things, it’ll affect your thought process too. And the viewers can take it personally which can affect their personal lives too. Sometimes they fail to differentiate between their real live and what they see on television which will lead to fights and misunderstandings between you and other people. I also believe that it depends on how you take things. The reason why many misunderstandings happens is because they take it personally and never tried to understand the situation. It all depends on how you understand the situation.”

Entertainer Shekar Vijayan who has been married to his best friends for over 13 feels that marriage is built on a solid foundation of trust, honesty, respect, friendship and love. He adds,  “Marriage has its own flavour. I’m married to my best friend, there is a lot trust and compatibility. Our works has us travelling constantly and meeting different people. But what keeps us going is trust and honesty. You can serials and web series with adultery but ultimately what matters. I think if the relationship you have is strong, what they show on the TV does not matter. Cause more than love, respect is need. The glue that keeps   relationship together is the love, trust and honesty.”

Sociologist Swati C says, “States like Tamil Nadu, Karnataka and our society in general is rather conservative. It’s not that adultery did not exist in India before. But TV serials in a bid to increase TRPs have storylines depicting extra marital affairs. This leads to curiosity and the desire to experiment with themes that are shown. Having an open society that is popular in the West will not work here and vice versa.”

Psychologist Dr Manoj Sharma feels that these TV serials is just one factor that influences people to have extra marital affairs. He shares, “This whole phenomena is psyco-social. There are many factors that influence people’s decisions. Serials, TV, social media, dating apps etc are some of them. People may think that there is a low risk perception. Once the are engaged in such activities, this leads to exchange of feeling thereby forming an attachment. This creates problem in their long term marriages.”