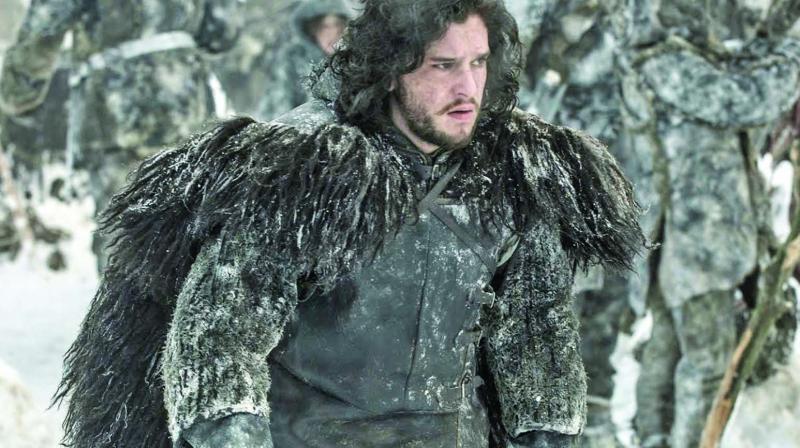 Kit as Jon Snow on Game of Thrones.

Game of Thrones is arguably one of the best shows on television and the upcoming season is arguably the most awaited. The show signalled a new dawn for television, and Kit Harrington’s portrayal of Jon Snow touched viewers worldwide. The last season made us scream, cheer, cry and left us with many burning questions. Now, with its return soon, our beloved King in the North divulges details that we’ve all been waiting to hear! 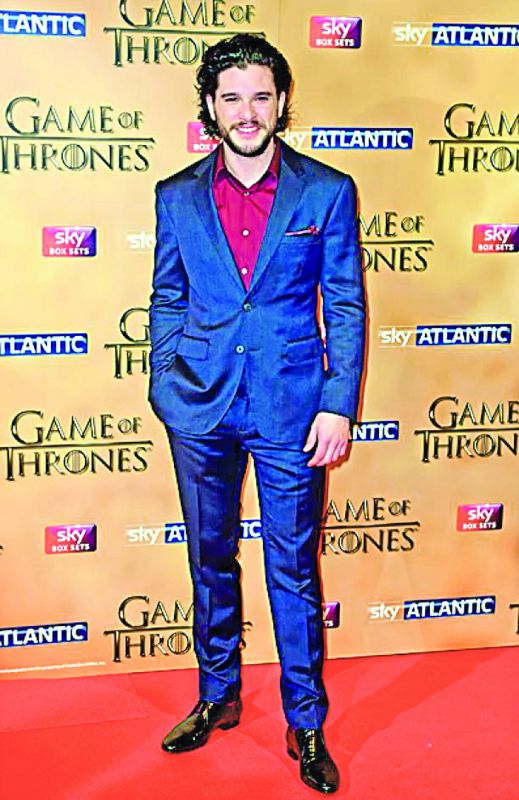 Was the battle scene with White Walkers exhausting?
It was, it was!  We filmed that over 25 days — to give you a perspective, I did a film earlier in the year which I shot in 24 days. Now that was just a 20 minutes’ sequence so that gives you an idea of how long it took. That’s what made it so epic. It was amazing, but it was very tiring!

Are White Walkers scary when you’re just hanging out on the set?
Yeah, they are scary. Since they are not CGI, they are on sets as you see them on the show. But they are really cool.

Tell me what it was like for you all coming back together,  without an existing George R.R. Martin book already laying down a road map, and knowing where you left it.
It’s just amazing, in some ways, having no book to go on, because the scripts come through and you’re completely in the dark about what they’re going to do. Believe me, I just finished Season 7, and I am already counting down the days until I get the Season 8 scripts. Everyone’s been wondering how it’s going to end, and what’s going to happen right from the get-go, and theorizing about it. It’s really exciting to me not knowing, genuinely having no idea where it’s going to end, what they’ve got in their heads, and being the first to find out.

At this point, having evolved him over all these seasons, what do you still love about Jon Snow?
I sort of know where he is now. Next season, he might go through a big change, I don’t know. He’s dear to me. I’ve lived with him for so long. I think I’ve come into a place of feeling quite emotional about him, actually, knowing that I’m not going to get to go back to him after next year. I’m really trying to just take stock of having lived this sort of dual life with this character, and being through so much with this character. It’s been a strange journey, but I’ll always be fond of it.

Coming to the new season, is it really worth it?
Yes. I mean I hope it is. I certainly did more this season than I’ve ever done. I think every actor on it had more action, and had more scenes. They really focused it, because less characters are coming in, and they’re focusing in on the existing ones, and there are lots of people who cross paths — that’s something that the audience has been waiting for a long time. They spent an increasing amount of money on less episodes, so it’s gonna be much bigger in scale, the CGI — we’re trying out new things, experimenting with new camera techniques, etc. I think we’re trying to break boundaries and push past boundaries in these final two seasons. You have to live up to the hype that’s surrounded the show and the worst thing would be to end without really pushing and trying new things. Even if it’s a failure, at least trying to go out with a bang.

(Season 1 to 6 will air on Star World and Star World HD, throughout this month)