The Kings, Mumbai's hip hop group wins 'World of Dance' with this huge prize; find out 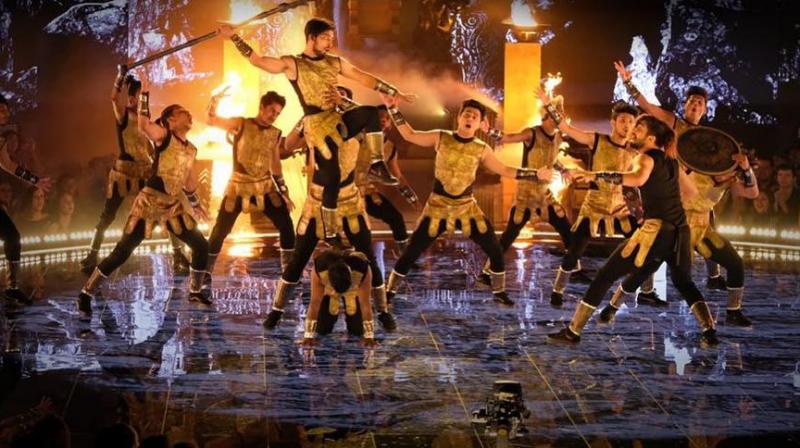 Mumbai: Mumbai-based hip hop dance group The Kings has been crowned as the winner of the third season of US-based reality TV show "World of Dance".

The NBC show is judged by singer-actor Jennifer Lopez, rapper Ne-Yo and dancer Derek Hough. "Finally, #TheKings are the World Champions. We made it! India is on Top," the group posted on their official Twitter handle. "World of Dance" also shared the name of the winner on its Twitter page. "The Kings are officially #WorldofDance royalty. Sending big love to our champions," the post read.

The Kings are officially #WorldofDance royalty. 💪✨

For their final performance, the group dressed as gladiators and presented a powerful act, full of death-defying stunts and well-choreographed and coordinated moves. They impressed the judges with their performance and scored a perfect 100 to win the competition which comes with a prize money of USD 1 million.

Suresh Mukund, the director/choreographer of the 14-member crew, said participating in the show and winning it has been a best experience of their lives. "Tonight, is the night which each and every Indian is going to remember for life and feel proud seeing the Indian Flag flying high with the perfect score for our stellar performance... The journey of local dancers from the small gully of vasai Nallasopara to the world champions was really challenging filled with never ending hard work and dedication," he posted on Instagram.

. It’s time to spread the word. Tag your FRIENDS /DANCER in the comments below and let them know #TheKings from India have made our nation proud by being the very first team from 🇮🇳 to become the World Champions. Let us make this reach to each and every citizen of our country. . . . Perfect Victory for India 🇮🇳 by Scoring a Perfect Score 💯 .. (1) first INDIAN 🇮🇳 team to win world finals with a perfect score 💯❗️ (2) first team to receive shoes from Jennifer Lopez and derekhough as a sign of respect🙌🏻 (3) first team to receive standing ovation in all the rounds. 4) first team to continuously score the highest points and lead the scoreboard in all the rounds We can proudly say that We Are THE KINGS we are the WORLD CHAMPIONS ! 🏆⚔️🦁 . . #thekingswod #kingsunited #thisiswod #gokingsgoindia #worldofdance #wod #wod3 #worldofdance3

Prior to "World of Dance", The Kings have also won the bronze medal at the World Hip Hop Championship 2015, San Diego. The were also the winner of India's Got Talent in 2011. According to The Kings' official Twitter page, the group's story has been the subject of choreographer-director Remo D'Souza's "ABCD2".