Wizard of Oz gets a dark twist

A quick look at Emerald City and Show Me a Hero, two telly shows that premiere today. 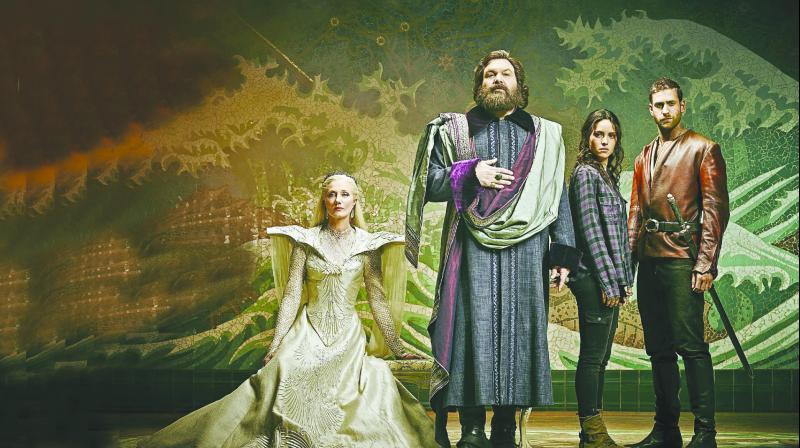 Needles to say, those in the Emerald City are not very happy with the newest arrival into their world and the hunt begins as soon as the Wizard of Oz realizes that she has arrived.

Dorothy Gale, played by Adria Arjona, gets caught up in a tornado and tossed into a whole new world, where she hits a witch, killing her, upon her arrival. While this plot may seem familiar for anyone who has read the Oz series by L. Frank Baulm, there are a few differences. As the first episode of Emerald City unfolds, we are sure that this is not the Oz of our childhood. The bleak, snowy landscape, the tough-looking tribals she stumbles upon and the fact that the witch she kills is actually called ‘benevolent and stern,’ ensures that one knows, within the first half an hour that Emerald City, directed by Tarsem Singh, which premiers today is a much darker interpretation of The Wizard of Oz series.

A few dark turns include an amnesia-affected man, crucified on a pole, as scarecrow, and a rather ruthless trio of Glenda, the Witch of the West and the Wizard of Oz planning Dorothy’s demise. While in the books, Dorothy is embraced as a savior, here she is the harbinger of death, an indication of a prophecy for evil. Needles to say, those in the Emerald City are not very happy with the newest arrival into their world and the hunt begins as soon as the Wizard of Oz realizes that she has arrived.

The series is being compared to Game of Thrones, probably due to its dark fairytale-esque set-up, grand-scale production and sets that take one through backdrops similar to those in George R.R.Martin’s world. The snowy mountains where the savage tribes stay, the bleak landscape through which Dorothy has to travel and the prosperous, Rome-like city where the Wizard lives remind one of the North and Kings Landing in Game of Thrones.

However, the shocker after shocker that Game of Thrones has tossed at its viewers, even Emerald City, with its scenes or torture and death, and volley of twists within the first two episodes, does not seem to grip one quite as tightly as the former did. Still, if the first two episodes are an indication, lovers of action and fantasy have just found a new series to follow.

Emerald City will premiere on Colors Infinity at 8 pm tonight.