Apart from his acting stints, Arvind also dabbled in politics by serving as a Member of Parliament from 1991 to 1996 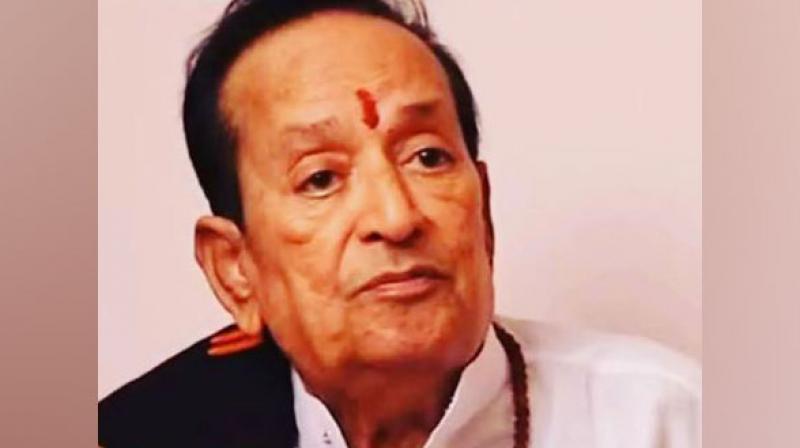 Mumbai: Veteran actor Arvind Trivedi, widely known for his portrayal of Raavan in hit mythological TV series 'Ramayan', died on Tuesday night. He was 82 when he breathed his last.

"I am speechless I lost father figure my guide well wisher and gentleman," he added.

The actor, who was unwell and was even unable to walk, died due to a heart attack in Mumbai. Arvind's last rites were performed on Wednesday, around 8 am.

Earlier this year, fake news about Arvind's death had circulated online and Lahiri confirmed that he was fine.

He shared a picture and wrote in May 2021, "Nowadays, we are inundated with bad news because of the Covid-19 pandemic, and this time, it was fake news about Arvind Trivedi ji (Raavan). I request those who are spreading such false rumours to refrain from doing so... By God's grace, Arvind ji is fine and I pray that God always keeps him healthy."

Ramanand Sagar wrote, helmed and produced the cult hit TV show 'Ramayan'. The series, which first aired on Doordarshan in 1987, had a re-run on the small screen after the COVID-19 pandemic-induced lockdown was announced last year. The re-telecast, which aired on DD National, saw many people tuning in.
Apart from playing the iconic character of Ravan in 'Ramayan', Arvind had also played a pivotal role in the hit TV show 'Vikram Aur Betaal'.

The late star had a prolific career spanning more than three decades in the Gujarati cinema. 'Desh Re Joya Dada Pardesh Joya' remains one of the most popular Gujarati films of all time.

Apart from his acting stints, Arvind also dabbled in politics by serving as a Member of Parliament from 1991 to 1996. For a brief period, between 2002 and 2003, the late actor had also served as an acting chairman for the Central Board for Film Certification (CBFC).