Tanvi Thakkar does a Fifty Shades of Grey

The same scene is being recreated in the comedy show Bahu Hamari Rajni_Kant, but with a funny twist. 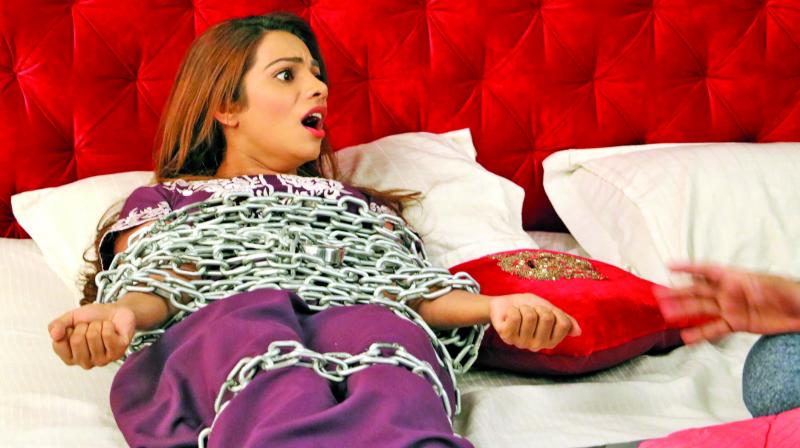 Tanvi Thakkar, who plays the role of Sharmila in the show, will be tied with chains to a bed.

The most talked about scene in the movie Fifty shades of Grey is where Christian Grey ties Anastasia to the bed. The same scene is being recreated in the comedy show Bahu Hamari Rajni_Kant, but with a funny twist. As per the upcoming episode, Tanvi Thakkar, who plays the role of Sharmila in the show, will be tied with chains to a bed. When she wakes up in the morning she thinks that her husband has done it, but later she realises that the culprit is none other than Rajni. Talking about the episode, Tanvi says, “I was super excited to shoot the scene. The moment the team told me about it,  the first thing that came to my mind was the scene from Fifty Shades of Grey. But, in our show it is less sensual and a lot more fun. In fact, when we were enacting this scene, it took us longer than usual as I would end up laughing hard and losing my focus; everyone was getting distracted because of me. Eventually, I managed to calm down and we pulled off the scene. I cannot wait to see it on air. This will be my desi Fifty Shades of Grey for our viewers”.