I was informed of the incident while I was away in Mumbai attending my co-star’s wedding: Sonali. 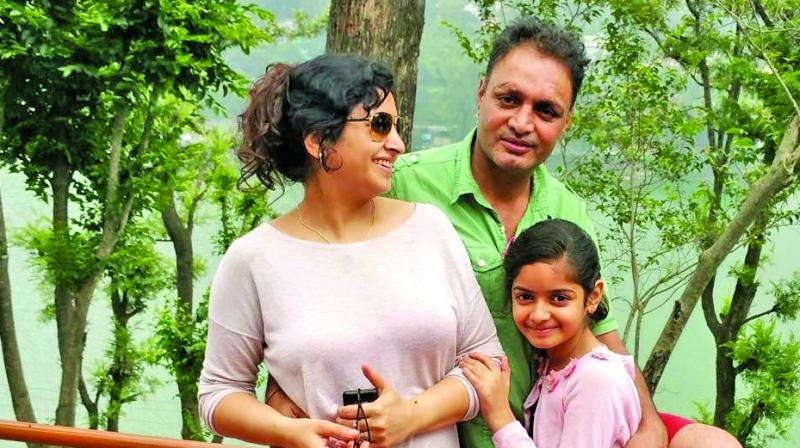 The actress, who is yet to come to terms with the tragedy, decided to clear the air on the mystery around the sudden death.

Ever since Amma actress Sonali Singh’s 42-year-old husband, Sanjay Singh, was found dead at his farm house on December 15, the actress has been battling all kinds of rumors of suspected foul play. The actress, who is yet to come to terms with the tragedy, decided to clear the air on the mystery around the sudden death. Sonali says, “It’s unfortunate that people are spreading stories of foul play in my husband’s death just because he was found dead at our farm house. I was informed of the incident while I was away in Mumbai attending my co-star’s wedding. When I last spoke to my husband on December 14, he was healthy, and so I had no reason to suspect anything. My sister and my nephew checked on him and he appeared fine. Next morning, when my husband didn’t leave his room, my nephew went to check and found him motionless. They rushed him to the hospital where the doctors declared him dead and informed us that he passed away in his sleep owing to a cardiac arrest.” The actress-politician continues, “My husband’s family has a history of cardiac arrests as a result of which most of his family members have died young. We had moved to our farm house long back. Several people don’t know this and are hence making stories. Little do they realise that my world has come crashing down. He was my support system and we were happy together. For my daughter’s sake I will have to be strong and pick up the pieces of my life. He wanted me to contest the Lok Sabha elections 2019, so I will start preparing for that.”