Robin Wright on the latest season of the award-winning show House of Cards. 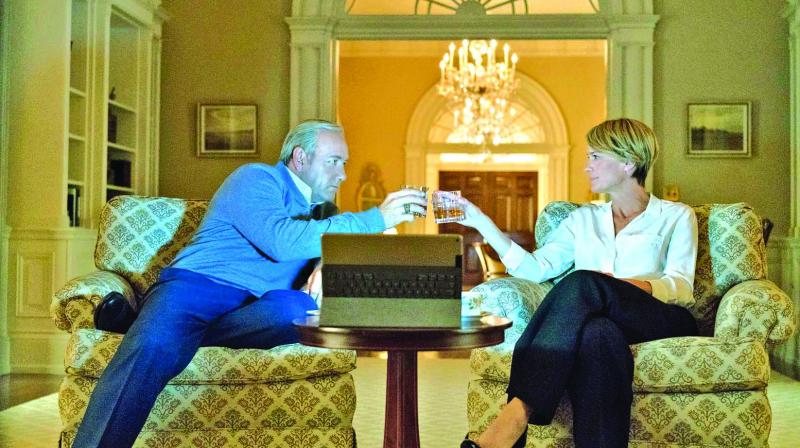 Robin with Kevin Spacey in the show

As Claire Underwood in the show House of Cards, Robin Wright takes on the role of a relentless lobbyist, who ascends to become a nominee for the Vice President of the United States. The critically-acclaimed character has also won Robin a Golden Globe Award. Does the US finally witness a female President on the show? Hear it from Robin, as the Season 5 premieres, on how the series shapes up.

You have directed a couple of episodes in Season 4. What made you decide to start directing?
We all are like brothers and sisters on the show. In Season 2, when Kevin was supposed to direct a few episodes, he said, ‘I just don’t want to do it, I’m too busy’ and I asked ‘Can I do it?’ And they said, ‘Okay, let’s try it!’

How did you decide to take on the role?
I had done television in the beginning of my career. I was on the soap opera called, Santa Barbara, that was the reticence. I thought going back to television which meant working with three cameras — the way you see on talk shows today, where you have to play to each of the cameras. So, I was really not interested in returning to that form and David convinced me that this was something completely different. The female character was not just going to be the husband’s wife, the politician’s wife, but she was going to be an equal to a man. He said I was going to help him create that woman, and I agreed to give it a try. We had no idea, we’d be here six years later. 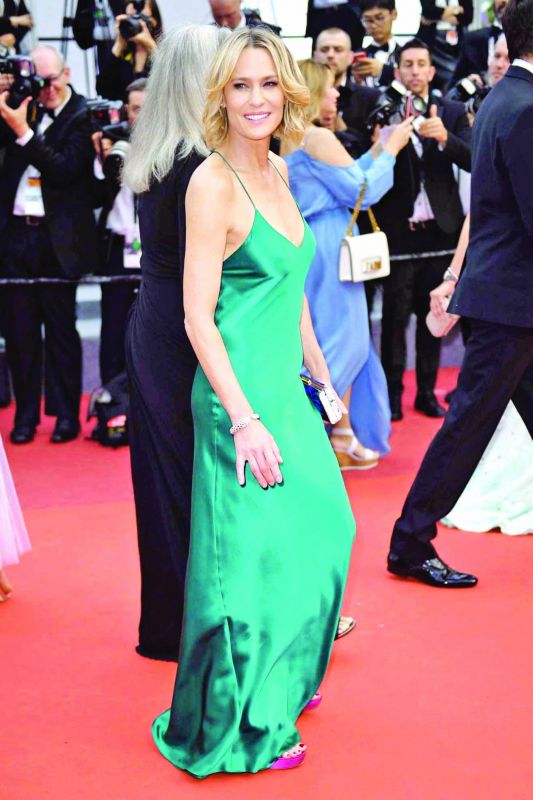 How did you help create Claire Underwood?
The intension of the producer and creator of the show Beau Willimon was to have a perfect union of the two different genders. But, the thing about Claire is that, she is the best of both sexes. Francis annihilates people, he devours them, he is so effusive and expressive and building that balance between her quietness, stoicism and observance, she is very discerning. So, we started developing her in that sense.

Did you draw inspiration from either real-life politicians or the figures in the literature?
They told me over the phone, before arriving on the set, that she is lady Macbeth to his Richard III, and that was pretty clear.

What about the politicians, did you study them or observe their mannerism?
Never! It’s a different tenet. I don’t think we have to delve into the politics of it. All you have to do is that, watch news every night and you see what all is going on.

How do you think, House of Cards plays or it changes in the Trump era?
Trump has stolen all our ideas for Season 6, and I don’t know what we are going to do.

Do you think we will see a female President of United States?
You mean next season? I don’t know. We will see. I hope so.