The 51-year-old star appeared as a surprise guest on 'Jimmy Kimmel Live!' show 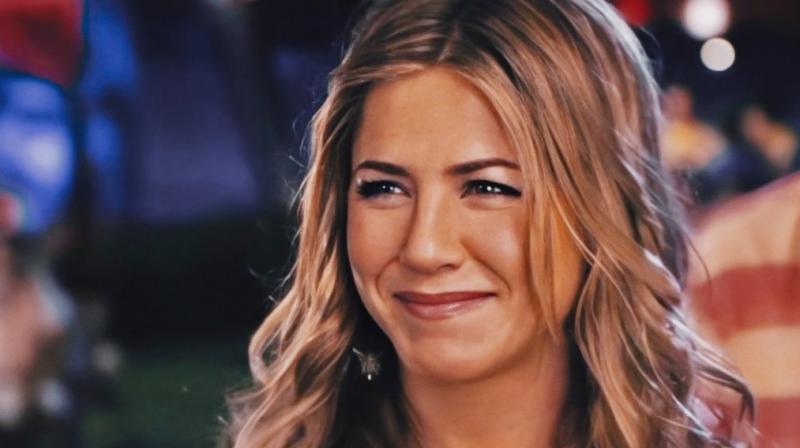 Washington: American actor Jennifer Aniston used her star power on Thursday (local time) to brighten the day of a coronavirus frontline worker, who tested positive for the virus.

According to Fox News, the 51-year-old star appeared as a surprise guest on 'Jimmy Kimmel Live!' show, for the purpose of surprising a cardiovascular nurse from Utah, who contracted the novel virus.

Fairbanks said, "I kind of felt like I got hit by a train. But I think I just have really mild symptoms. I feel like I have a head cold combined with the flu. It feels decently manageable so that's good."

Kimmel informed Fairbanks that she had a surprise planned to cheer her up.. Seconds later, Aniston appe The 'Murder Mystery' actor said, "Hi, honey, it's so good to meet you. I just have to say, God bless you and all of you that are out there doing what you're doing. I just, I don't even know how to express my gratitude to everything that you guys are doing, putting your health at risk and all of that. You're just phenomenal." aired on the screen from her home.

To which Kimball replied, who was in a state of shock with a wide smile on her face and hand on her chest, "Wow it's so good to meet you. I really appreciate that."

Aniston asked Fairbanks how she was feeling. To which she replied, "I woke up today and decided I'm not going to be sick any longer."

Fairbanks explained that due to her positive test result, she has been furloughed from work at the hospital. She is now in quarantine and cannot be near her family, including her 4-year-old and 18-month-old daughters, for two weeks.

The show host, Kimmel asked her how she's been able to prepare food for herself and the nurse said she's been mainly ordering delivery.

Aniston told the nurse, who erupted in laughter, "Oh, that's good because you know what? You're going to be getting 10,000 USD gift certificate from Postmates."

Jennifer also informed Kimmel of what's going on inside her home in Los Angeles and revealed that she hasn't left the house in "three weeks."

'We're the Millers' star shared that the most challenging thing is watching the news and trying to digest all that's going on out there. She said," I allow a check-in in the morning, and then I'll do a check-in in the evening, and that is it because basically it's regurgitating the exact same thing."

Aniston added that washing the dishes has become her "favourite thing in the world" because it kills two birds with one stone.