The channel honchos have reportedly given him a strict ultimatum and a one month deadline to get his act together. 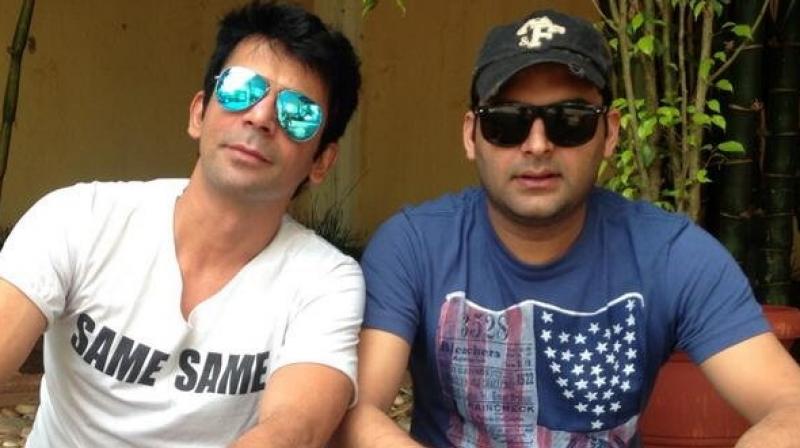 Sunil Grover has quit Kapil's show but performed to his popular characters from the show on a recent reality show.

Mumbai: After the success of his comedy shows, followed by his hosting at popular film awards shows and a successful Bollywood debut, it seemed that Kapil Sharma could do no wrong.

However, Kapil hasn’t been having the best of months, with his very ugly spat with Sunil Grover making headlines. The comedian also reportedly had kept his guests waiting for a few hours, even cancelling on a few of them. The show’s TRP has also been hit severely thanks to all the negative press.

And as per the latest reports, the exasperated channel honchos have given him a strict ultimatum and a one month deadline to get his act together. The channel heads have asked him to get back the previous members like Sunil and Kiku Sharda, who have been boycotting the show post the ruckus created by Kapil.

And seems like the diktat has worked wonders as Kapil has been seen consciously making an effort to mend his ways.

The comedian shot with Parineeti Chopra and Ayushmann Khurrana and smoothly went about it with sans delays and fussy antics.

“Kapil obliged the crew and Parineeti’s make-up artist with smiling selfies. He also tried to sing ‘Maana Ke Hum‘, Parineeti’s recently launched song. He was goofing around with the duo even after pack-up, with them smearing cake on his face,” BollywoodLife quoted a source as saying.

Earlier, Kapil Sharma and Sunil Grover reportedly had a big fight during a flight with the team, when an inebriated Kapil allegedly hurled abuses and threw a shoe at Sunil.

Sunil, one of the show's integral members, has since officially boycotted the show.