I am a hopeless romantic, says Kritika Kamra

Kritika calls it her dream role and insists that she took the role since it was something she hadn’t done on television. 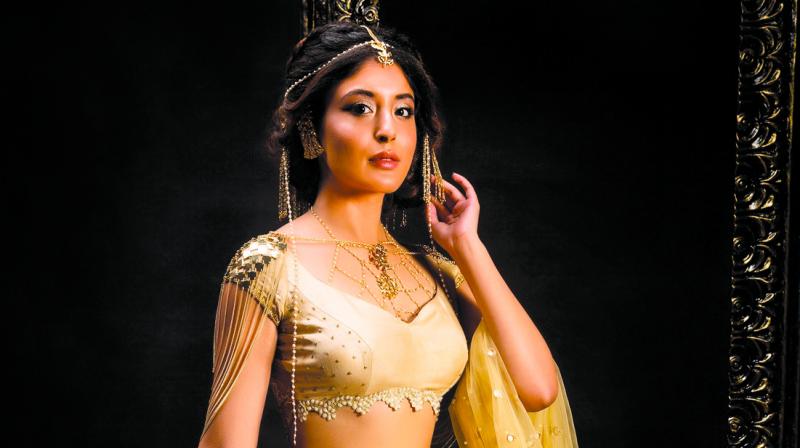 Kritika Kamra has always been open about her relationships and break-ups. She admits that despite the break-ups, she hasn’t completely given up on love. “Why will I lose faith in love? I have been in some great relationships. And not just romantic relationships, but also friendships. I have met some great people,” she says. Kritika adds that some of these relationships have grown deeper with time and that today, they are as close to her as her family.

Being a self-proclaimed romantic, the actress says that she will know when she is in love. “I have been in love in the past and I know I am going to be in love in the future. I am a hopeless romantic,” explains Kritika. Though many people willingly choose to stay away from their exes, Kritika, on the other hand, shares a great rapport with ex-boyfriend, Karan Kundra. Broach that topic and the actress openly answers, “I’m glad we grew up and selected our own paths. He is happy with Anusha (Dandekar) and I’m happy this way.”

On the professional front, the actress is essaying the quintessential Indian fairy tale princess Chandrakanta in Nikhil Sinha’s fantasy show Prem ya Paheli — Chandrakanta. Kritika calls it her dream role and insists that she took the role since it was something she hadn’t done on television. “I have done fiction and reality shows, I have hosted television shows, but I have never played a character in a period drama. It might seem like the show belongs to fantasy genre, but it’s really a modern adaptation,” she explains.

Giving an insight on what the show is going to be like, Kritika says, “The show offers me a challenge at this point in my career, since television doesn’t have a lot to offer. I want to make a difference with my body of work. It was the right time to choose something like Prem ya Paheli — Chandrakanta, since it’s both challenging and relevant,” shares Kritika.

Considering how Ekta Kapoor has locked horns with Nikhil over the same show, how does the equation now stand between the protégé and her mentor? “Ekta ma’am started working on this show after the casting on Nikhil sir’s show was done.

She wished me luck and all — we are friends and I have worked so much with her in the past. At the end of the day, we are both creative people she does what she does I do what I do. Our relationship has got nothing to do with what we do professionally. I wasn’t offered her show though. So, when Nikhil sir’s role came to me, I went ahead with it,” Kritika recalls. Commending Nikhil Sinha to be a visionary, the actress goes on to explain why she is working with him.

“The kind of shows that Nikhil sir has worked on in the past are commendable. I knew I was in safe hands and that this is the genre that I want to explore at the moment.”

Would she still have gone ahead with Nikhil’s project or done her mentor’s show, we ask? “Honestly, I would have just taken a break in that case. If two big producers want me for the same role, I think I would have made it in life and consider myself lucky. I would have just retired,”signs off Kritika.