The contestant had used all her lifelines by the time she reached the question which would have won her Rs 6.40 lakh. 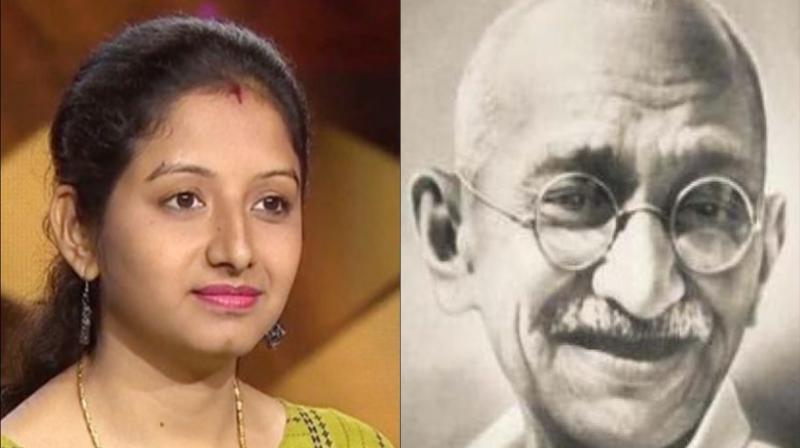 Mumbai: Amitabh Bachchan hosted Kaun Banega Crorepati has always been popular amongst the masses. Earlier, Sonakshi Sinha made a headline on KBC season 11 for not knowing the answer of a question related to epic, 'Ramayana'.

And now, a commoner has lost Rs 6,40,000 for not answering question-related to father of India, Mahatma Gandhi's assassination. Shivani Dhingra from Hrishikesh, Uttarakhand, took home Rs 3,20,000.

Unfortunately Shivani, that was the wrong answer. Her final tally is Rs Rs 3,20,000 #KBC11 @SrBachchan

The contestant had used all her lifelines by the time she reached the question which would have won her Rs 6.40 lakh. The question was "Besides Nathuram Godse, who else was hanged at Ambala Jail on November 15, 1949, for having assassinated Gandhiji?" The options were Vishnu Karkare, Digambar Badge, Shankar Kistayya and Narayan Apte.

After this question, Shivani Dhingra decided to quit the show and manage to win Rs 3.20 lakh. However, before walking out of the game, Shivani guessed the answer to be Vishnu Karkare, but she was wrong as the correct answer was Narayan Apte.

Meanwhile, only two contestants have managed to win Rs 1 crore on KBC 11 so far - Sanoj Raj and Babita Tade.