Call it sheer luck or coincidence, Rumman is over the moon to reprise the role as Pragati. 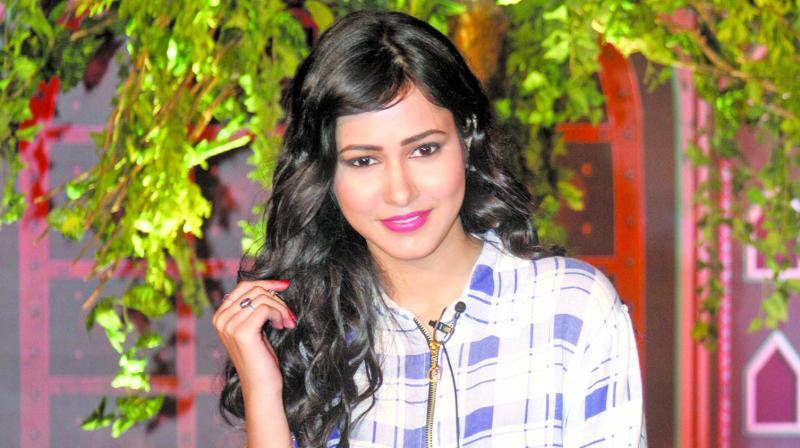 While making her journey from Delhi to Mumbai to pursue a career in acting— much like her idol Shah Rukh Khan —  newbie Rumman Ahmed had absolutely no inkling that she would take up a role similar to the actor. As it turns out, the actress’ role in Sethji shares striking similarities with SRK’s role as Aryan from the movie Mohabbatein.

Call it sheer luck or coincidence, Rumman is over the moon to reprise the role as Pragati. When we contacted Rumman, she shared, “My character is like Shah Rukh sir’s character Aryan in Mohabbatein. Like Aryan, even Pragati is trying to bring about changes in the traditionally-run Gurukul, Devsu. She also falls in love with the head’s son just like Aryan falls in love with the principal’s daughter.”

But she reveals that that the similarity between the film and the show ends there. Pragati explains, “In the movie, the students are aware of the rules and regulation before they take admission in Gurukul where as Pragati has no idea how rigid the traditions are in Devsu before she enters the village. Pragati wants to bring about changes which will help everyone in the village.”

The actress is pitted against two very senior performers Gurdeep Kohli and Prachi Thakker in the show. Making her presence felt between the powerful actresses could prove to be quite a daunting task for a first-timer but Rumman isn’t anxious about it. She says, “I am not nervous but I am excited to be acting with such reputed faces. Working with them improves my confidence since I get a chance to learn so much from them. This constant learning is helping me deliver a good performance.”