Rapper Shubhankar Das aka Loud Silence became the second finalist in the search for India’s next musical star. 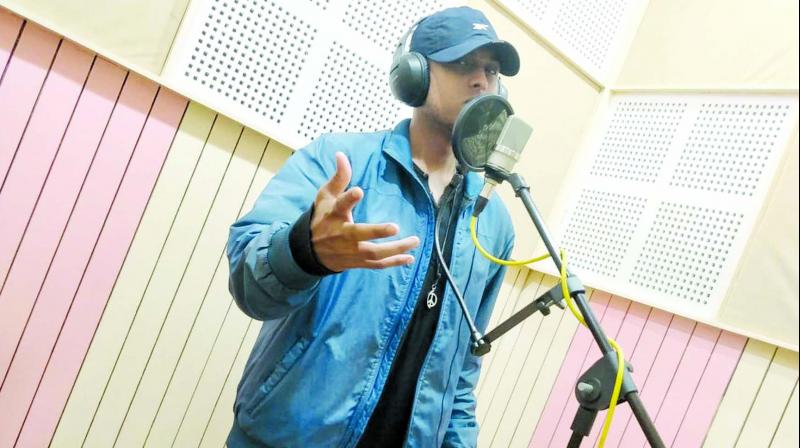 After a successful first edition, Red Bull Spotlight returns for season two this year. Shubhankar Das won the Bengaluru leg of the competition. Das will be joined by finalists from nine other cities Mumbai, Delhi, Bengaluru, Chennai, Hyderabad, Guwahati, Pune, Ahmedabad and Chandigarh for the national finals in Mumbai.

Shubhankar Das realised he had a talent for hip-hop when he actually started his debut track. He felt it when he first went to the studio to record songs with his own lyrics.  Initially, he was not too sure if people would like it or not. Once he released his debut song and performed it live on stage, he realised this was what he was good at and started putting originality in his music.

When asked about how he felt about winning this round, he replies saying, “It feels great to win the Red Bull Spotlight Bangalore qualifiers. There was stiff competition all the way with many talented rappers. It is a great platform for aspiring musicians to showcase their talent in the field of music. I would like to thank them for this opportunity.”

He feels it is impossible to pursue anything without passion. Having been passionate about music since a very young age that is what motivates him to write his own songs and also perform them live on stage in competitions.

After experiencing five years in hip hop he says, ‘’When you start out, you need a place to write down all your thoughts or you need people to talk to. Also, you need to find a platform where you can express or say whatever you feel like, where no one is going to judge you or there are no restrictions. My thing was, I needed to talk and I found a platform to talk, so that’s how this journey started for me.”

His other favourite genre is metal (but not heavy metal). He loves rock music as well and  someone like Linkin Park who gives him a lot of energy. He is also an admirer of retro music, especially Bollywood retro music like Kishore Kumar and Mohammed Rafi songs as they had amazing lyrics.

“My music is for everybody as I like to explore my genre. So, there is no target audience as such. My music can be heard by a six-year-old child or even a 60-year-old elderly person. I believe my music is universally applicable thus all have the liberty to listen to it and hopefully enjoy it as well,” he replies when asked if he has a target audience or not.

His message to the youth would be to pursue something they like, not only music. According to him if someone wants to be a baseball player or a cricketer, even that is great. “There is no point spending hours in front of a computer, just because one’s parents want one to,” he feels. Its one thing to make ones parents proud and another thing to follow your passion.

“So, my message to the youth through my music is to follow your dreams and passion,” he opines.

“Hip hop is definitely progressing in India over the years. The biggest progress you can see is when Bollywood takes interest in it. Movies like Gully Boy are being made on the hip hop scene in India, which is encouraging. Although, I wish this genre progresses even more in the country,” he comments.

Ten years down the line, he just wants to be someone who is living a life by making music. According to him there are no unachievable goals. He just wants to spread happiness to the people through his music and he would like to continue writing his own songs and also mixing other genres with hip hop, with a focus on originality.